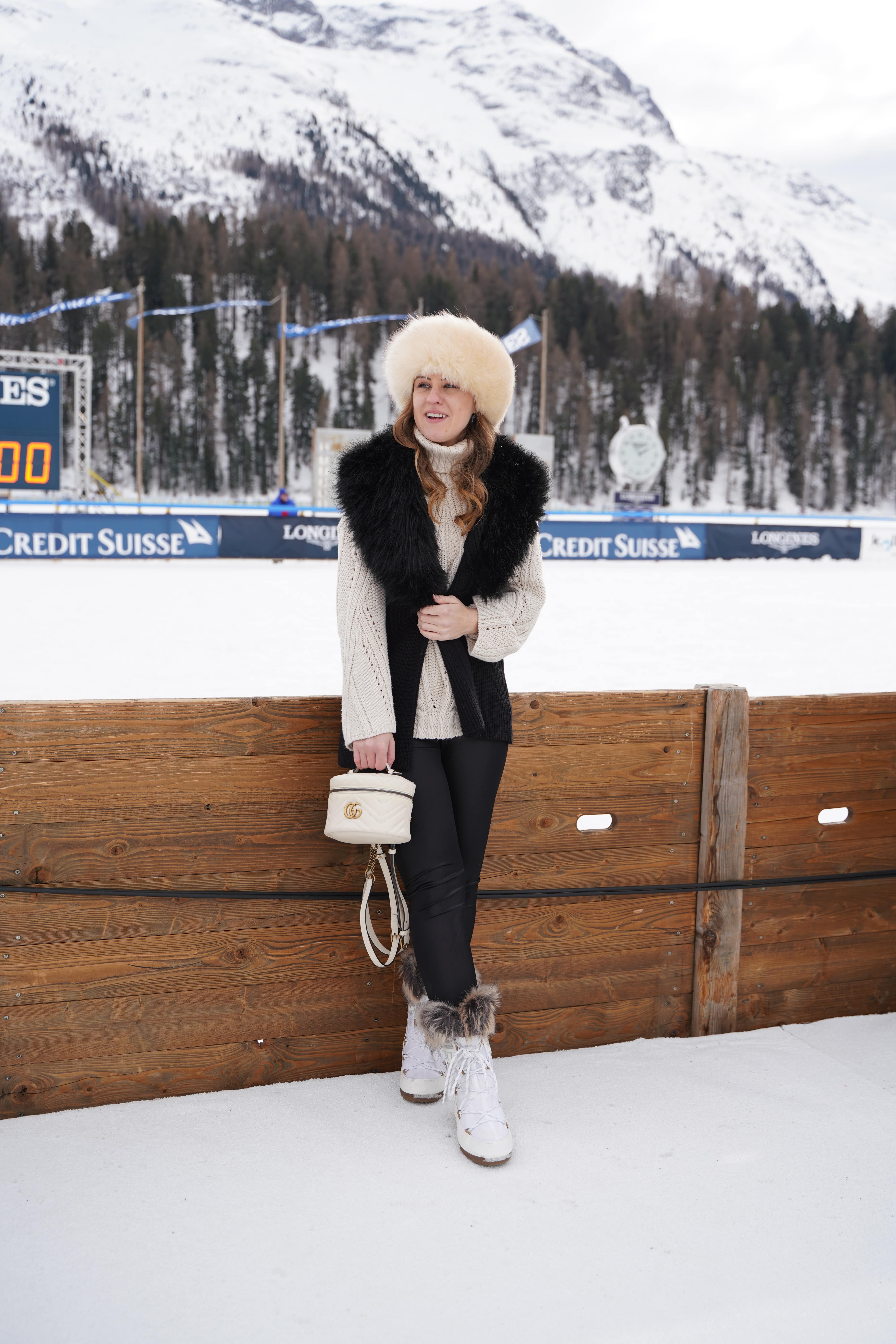 Last weekend, the first race Sunday of White Turf 2022 took place in St. Moritz. I was there for the first time. I have known about the iconic event for a long time, so I was all the more pleased to be there myself this year. In front of the wonderful backdrop of St. Moritz, there was a unique spectacle. 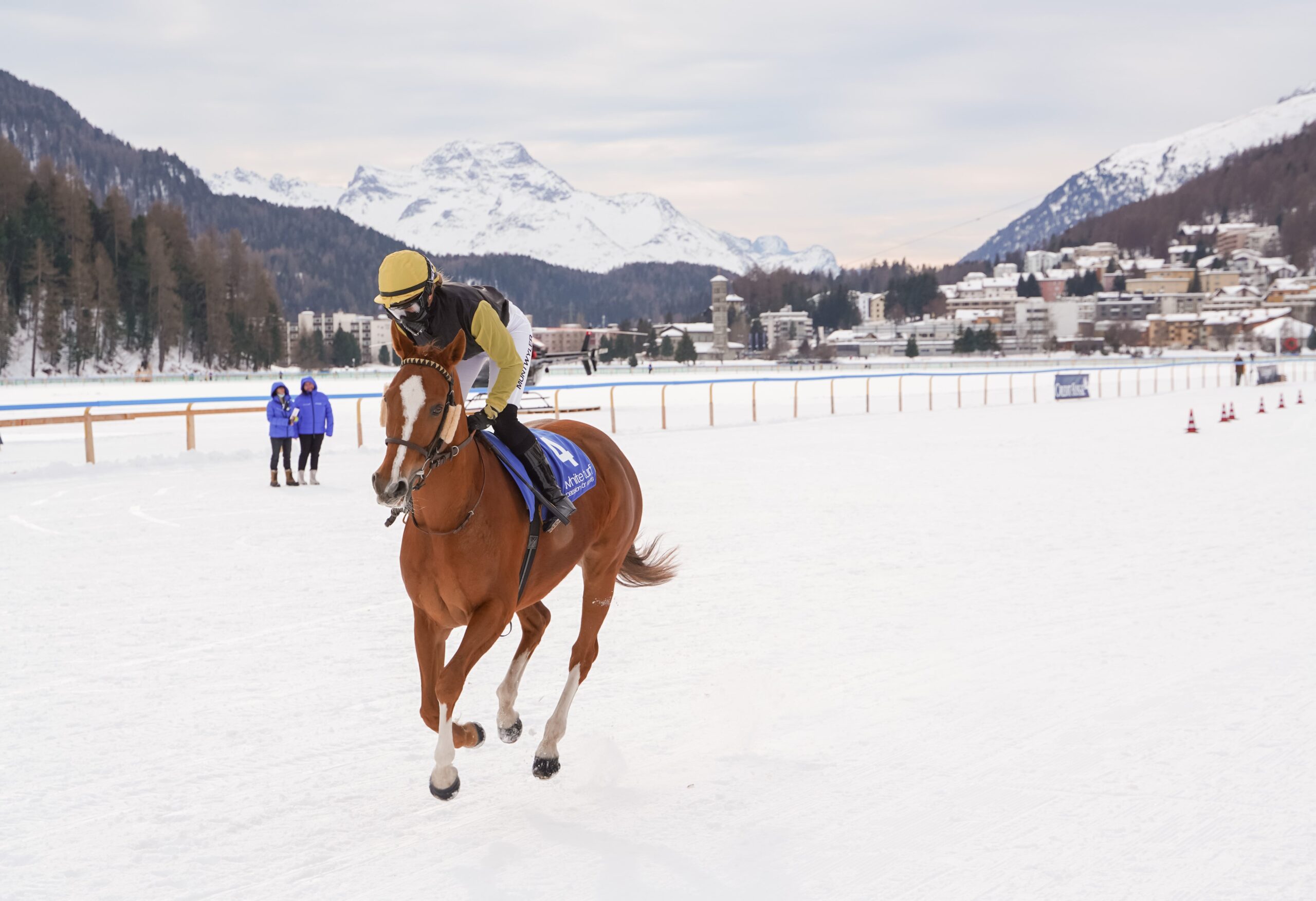 With enough ice and not too much snow on Lake St. Moritz, everything seemed perfectly prepared for this year’s 114th edition of the horse races on snow. But over the course of the past week, water pushed through from below in the finish area, so that the races could not be held as planned. All racing events – flat and trotting races as well as skijoring – were shortened to 800 metres.

For the main race of the day, the GP LONGINES, which was endowed with 20,000 Swiss francs, only four of the ten registered starters took part, as all Swiss trainers had decided at short notice not to allow their protégés to take part due to the shortened distance of 1000 metres. The rider from Aargau, Sibylle Vogt, immediately took the lead with Mordred, trained by Milton Harris, and successfully fended off the attacks of Arktisz, who had come from Hungary.

After Sibylle Vogt’s horse did not jump off at the start of the first flat race, only four horses decided the victory among themselves here as well. Identified from the Bärtschi stable won in a highly superior manner under Dennis Schiergen ahead of Echo Beach, who fell after the start and did not get up again. According to Annina Widmer, head of racing and veterinarian, the horse probably suffered an aortic tear. The jockey, on the other hand, remained completely uninjured. 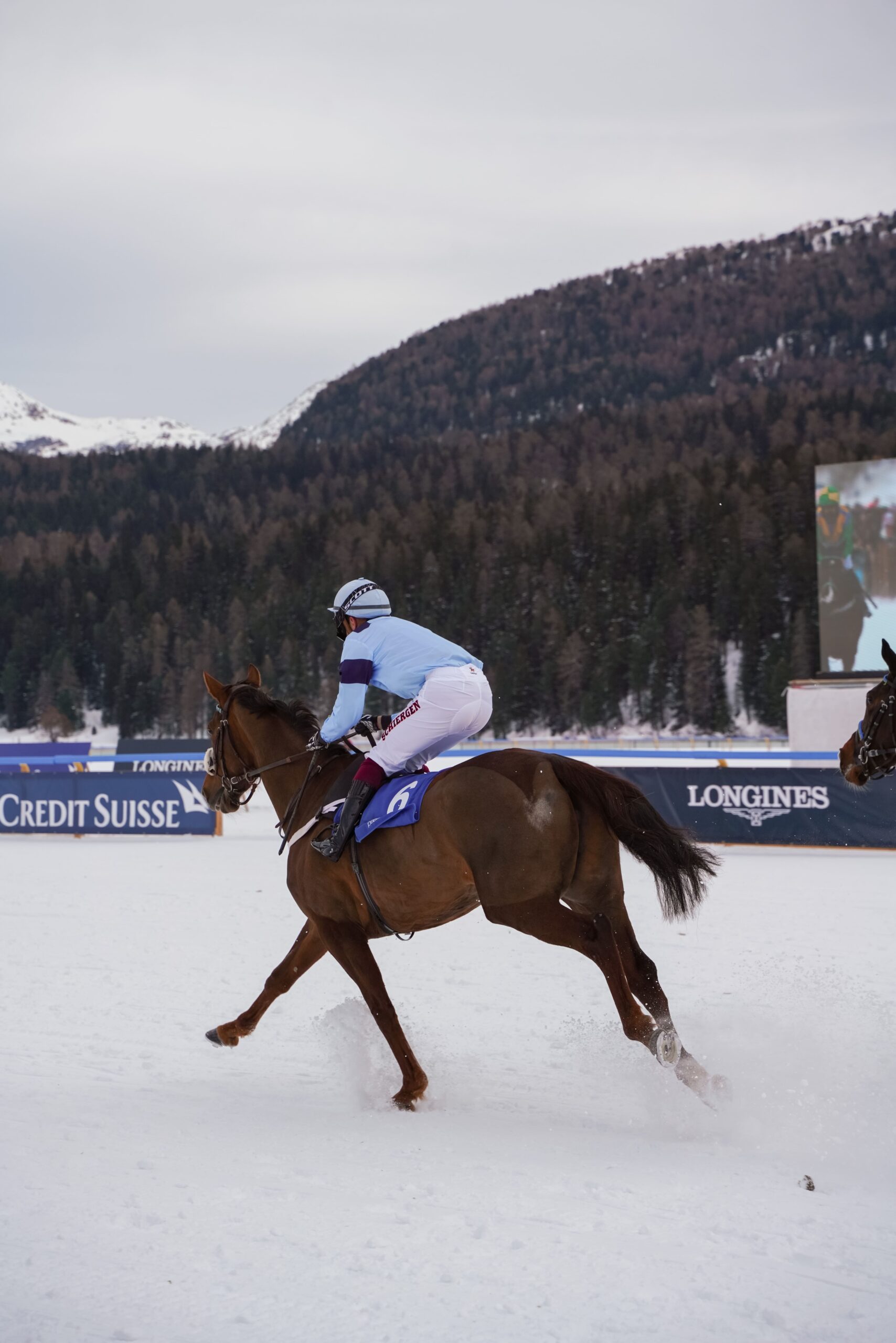 Schiergen also secured the last victory of the day: With High Hope, who runs in the colours of the Miracle stable, he once again got the best start and did not relinquish the lead. The Schiergen family also won the skijoring competition: With Dennis in the saddle of Turandot, his wife Valeria on the skis and Dennis’ father Peter as trainer, the team of three proved to be unbeatable.

The first race of the new horse racing season was the GP-designated trotting race. Instead of a 25-metre handicap, Marcel Humbert started with Doum Jenilou from the second row behind his five competitors. Nevertheless, he was there in time at the short distance to safely defeat Blackhawk and Cousin Hub. In the second test of this division, a duel developed between the Swiss debutant Daisy de la Valée and Diva du Fossé. The latter showed the longer breath and won her first race in Switzerland with her owner and trainer Barbara Krüsi. 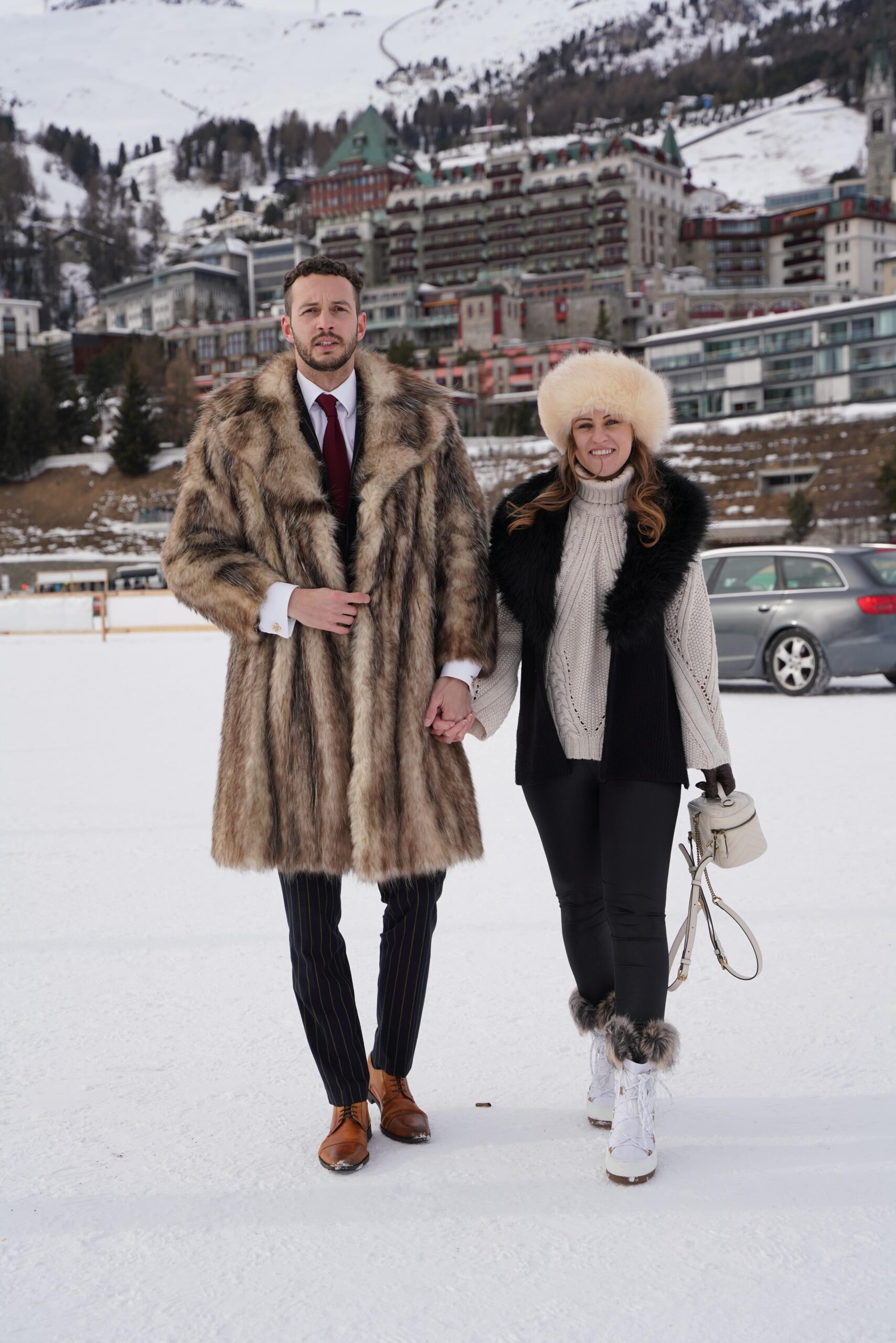 The White Turf 2022 will continue on 13 and 20 February – 30,000 visitors from all over the world are expected. Behind the organisation is the St. Moritz Racing Club, the main sponsors are Credit Suisse (Schweiz) AG and LONGINES. On Saturdays there will be even more action for the whole family with the new Family Saturday.