Last week, my family and I went to Disneyland Paris for three days. In my travel report I would like to tell you a bit of this short holiday and share my experiences. I also have a few tips for you, if you would like to dive into the world of Disney too. If you do not want to feel like a Disney figurine, you might don’t like, that you will be spoiled with disneymusics the whole day, especially at the Central Plaza. I found this really wonderful, it puts you in the perfect mood for the next adventure in the fairytale. But let’s start from the beginning. 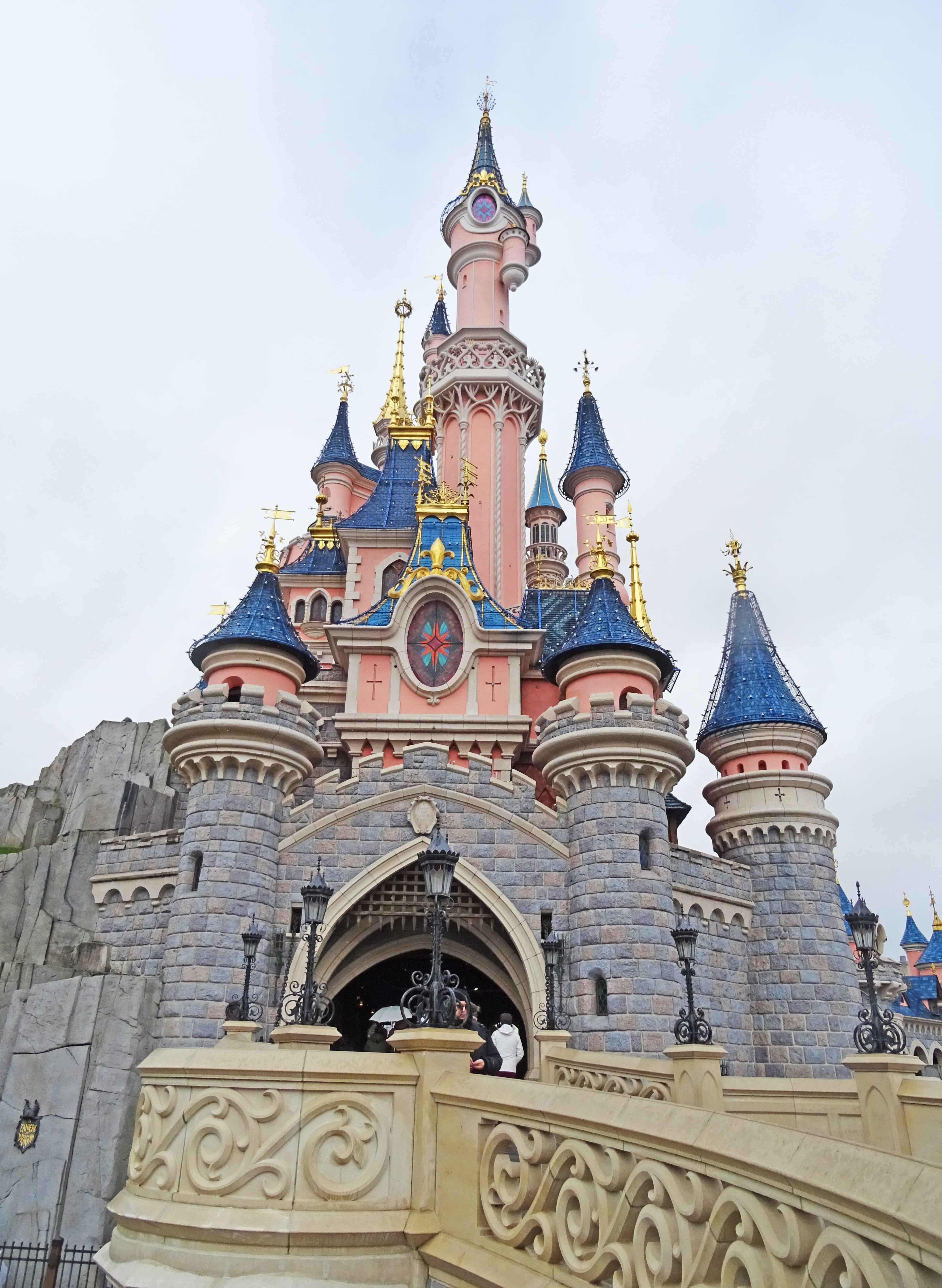 There are two parks at Disneyland Paris, one is the Disneyland Park and the other is Walt Disney Studios. In both parks there are attractions and drive shops. The Disneyland Park is a bit more magical, while the studios are more about the Disney films, there is then, for example.: An animation studio, as well as roller coasters. 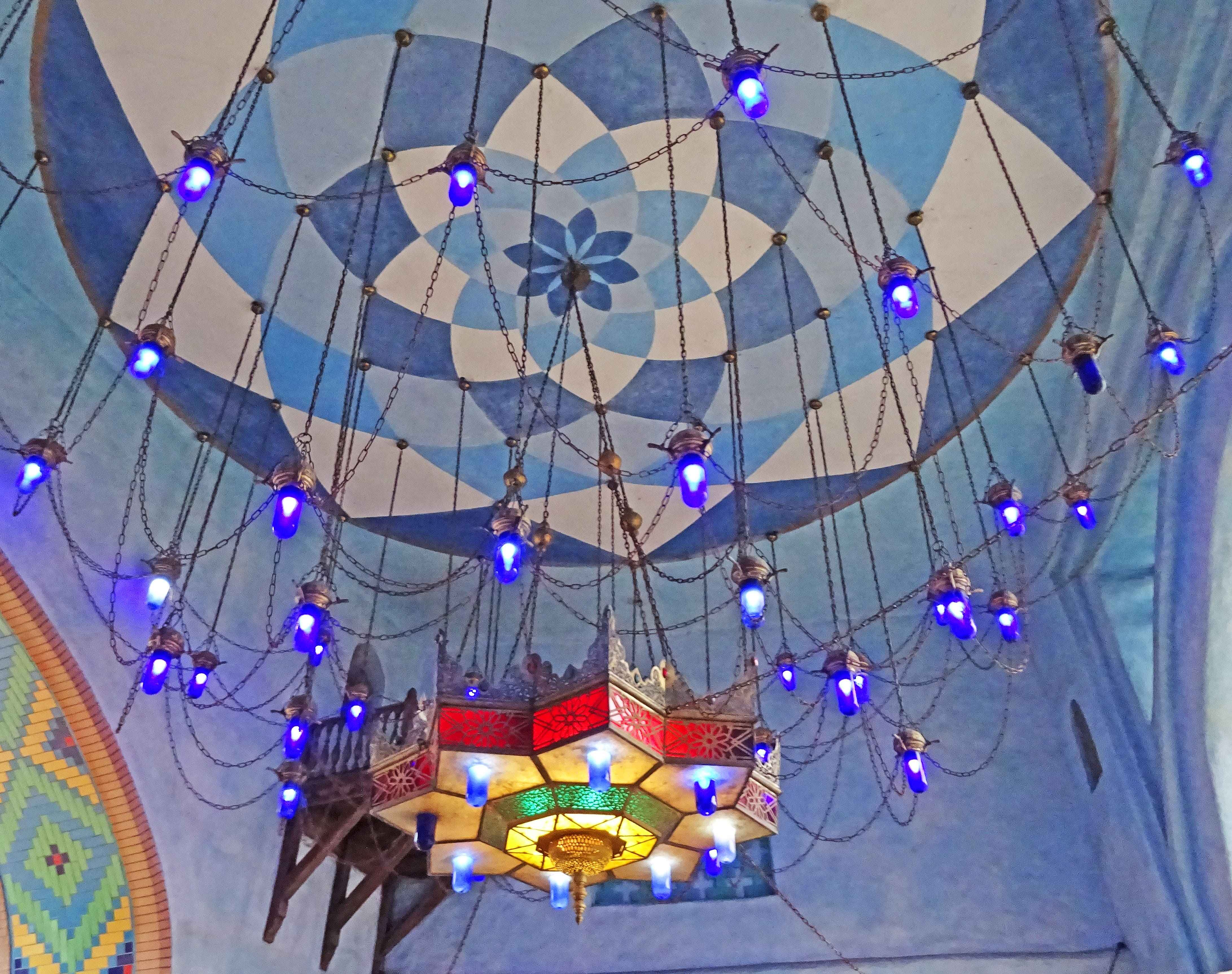 The Disneyland Park is divided into 5 districts: Discoveryland, Fantasyland, Adventureland, Frontierland and Main Street U.S.A. In the Discoveryland, everything is somewhat futuristic, we were there for example: Alien hunting with Buzz Lightyear. The Fantasyland was my personal favorite, a true fairyland with castles, princesses and Peter Pan. The Adventureland is also very nicely designed especially the Piratship is super beautiful and the tree house of the family Robinson, also there is a particularly fast-paced roller coaster to be found. In the Frontierland you can take the boat over the dangerous lake and go by the roller coaster through the mountains, then to the ghost house. Main Street U.S.A. is the entrance area as well as a shopping arcade and the place to be at the parade. 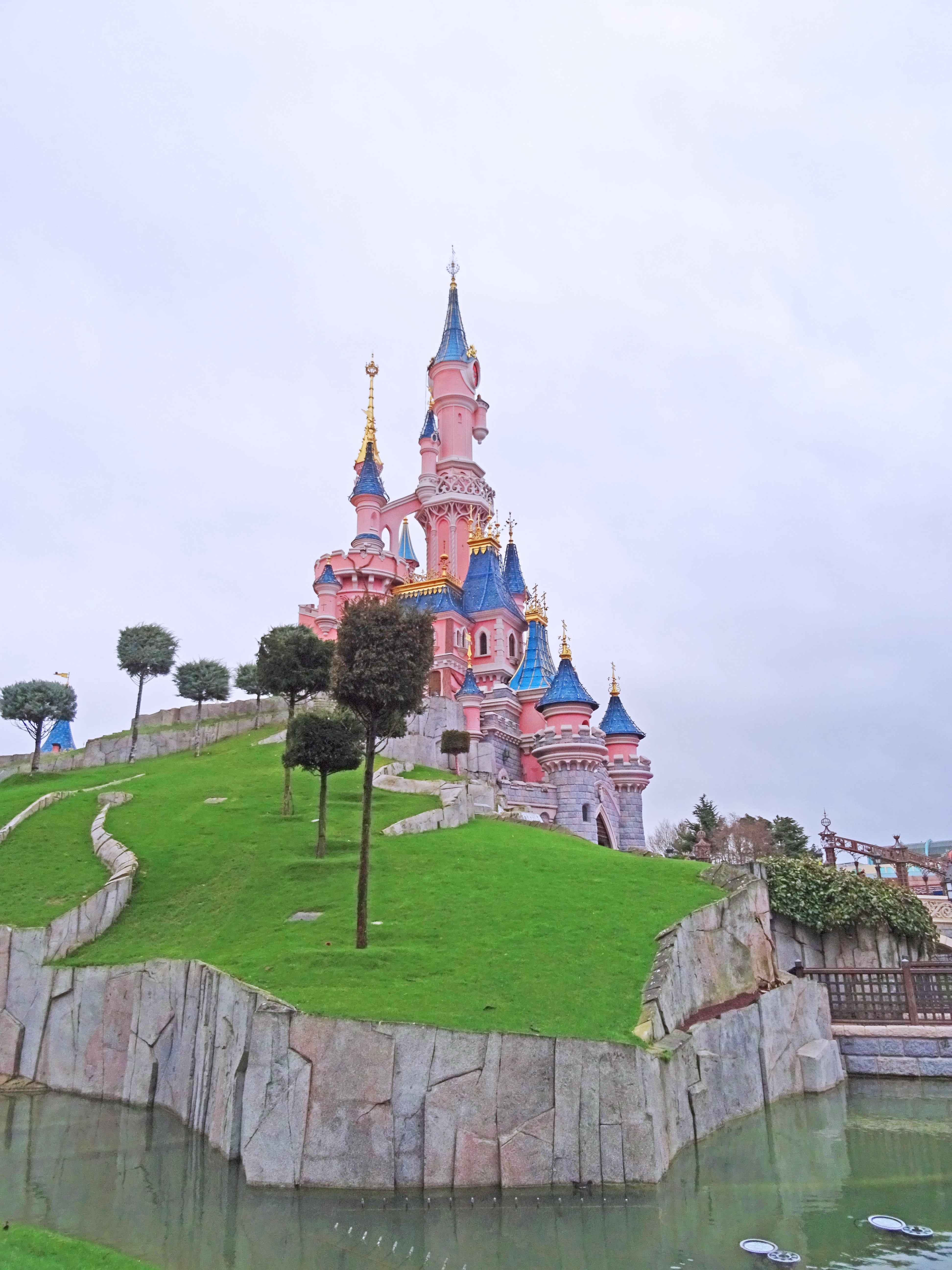 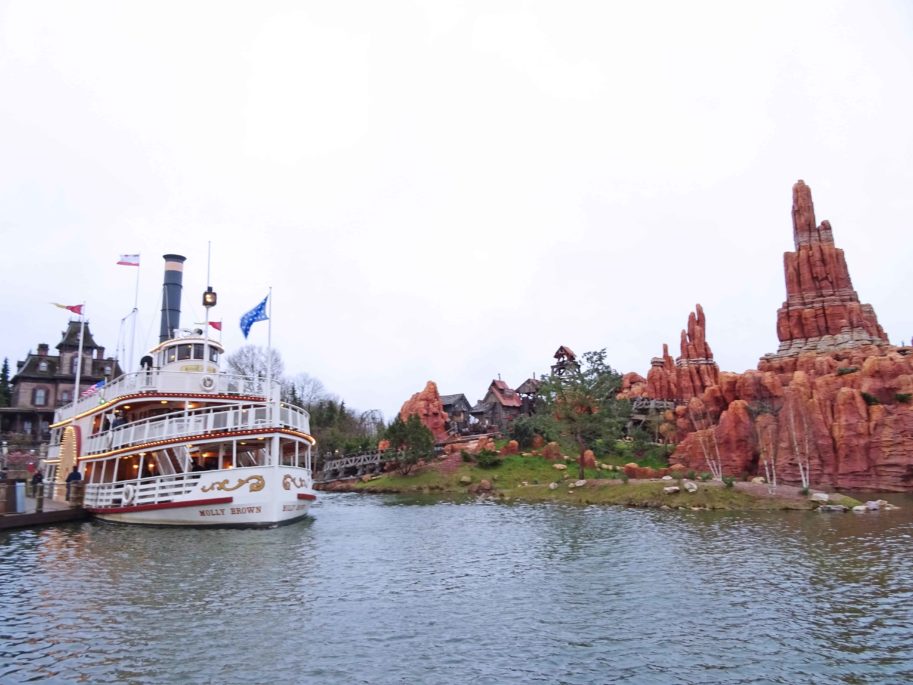 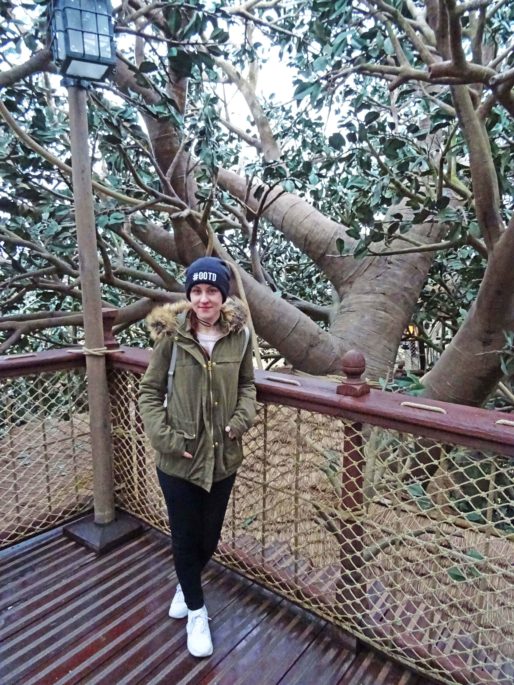 There is really enough to do in Disneyland, most of the rides are open from 10 am to 8 pm, some close at 6 pm. Afterwards, however, there are still evening shows and until 24 clock is party and eating in the Disney Village in front of the parks. At 8pm there are Disney Dreams a gorgeous lightshow with musical accompaniment and fireworks. 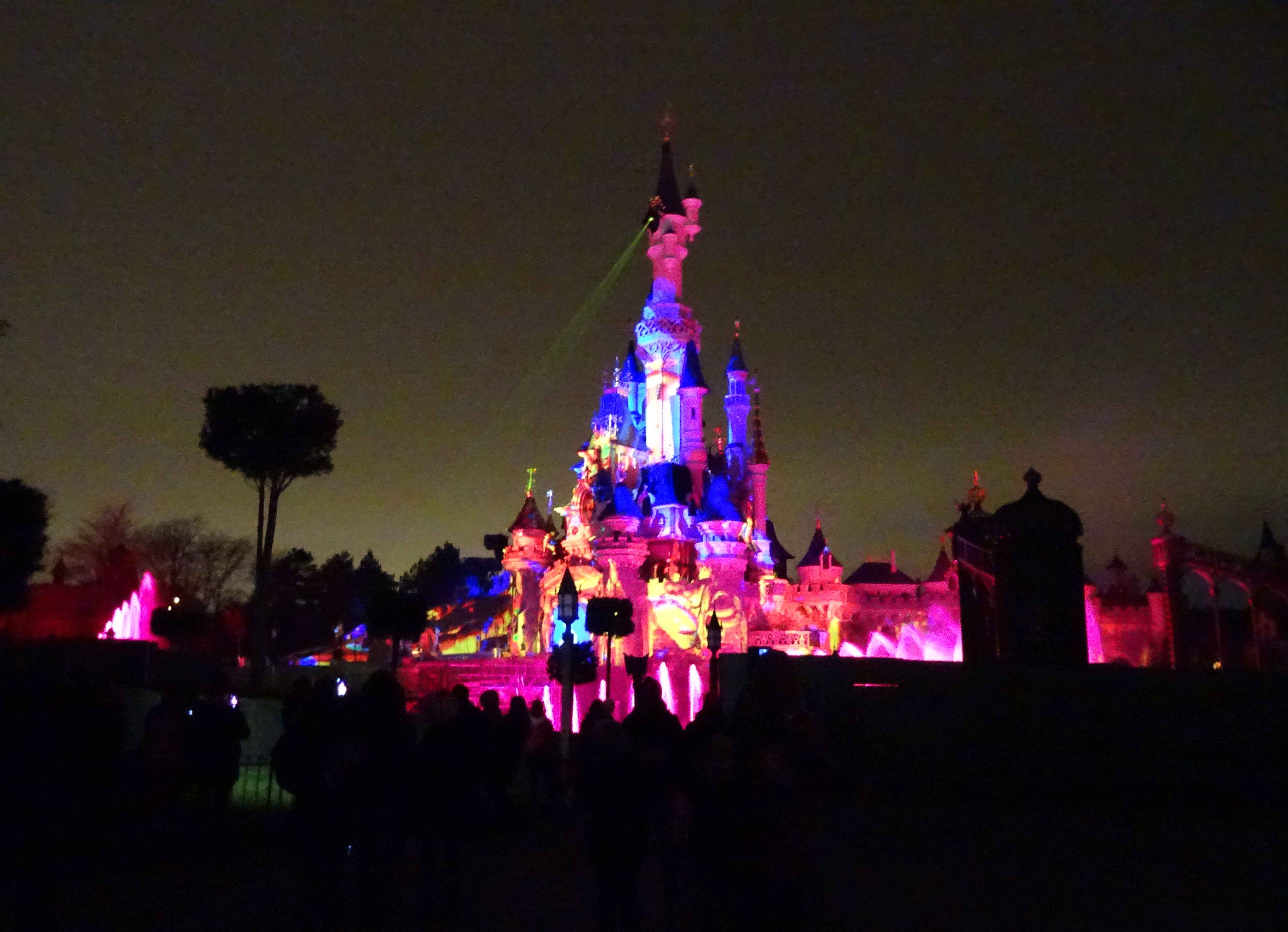 Not to be missed is the Disney Magic on Parade, the pretty cars drive through the streets of Fantasyland and Main Street U.S.A. An insane effort. In the Disney Park it is also possible to meet the respective Disney heroes to shoot a photo, here everyone has to decide whether it is worth it an hour to wait for a photo with Mickey Mouse, because the heroes can only be met individually. Or for other additional fees. In any case, I would like to give you a tip, buy a fast pass, the waiting times at popular attractions are really long, although there are no delays in itself. With the fast pass you can often pass a long queue or wait at least half as long. So it was at least at our travel date, the rise in the summer is probably higher. 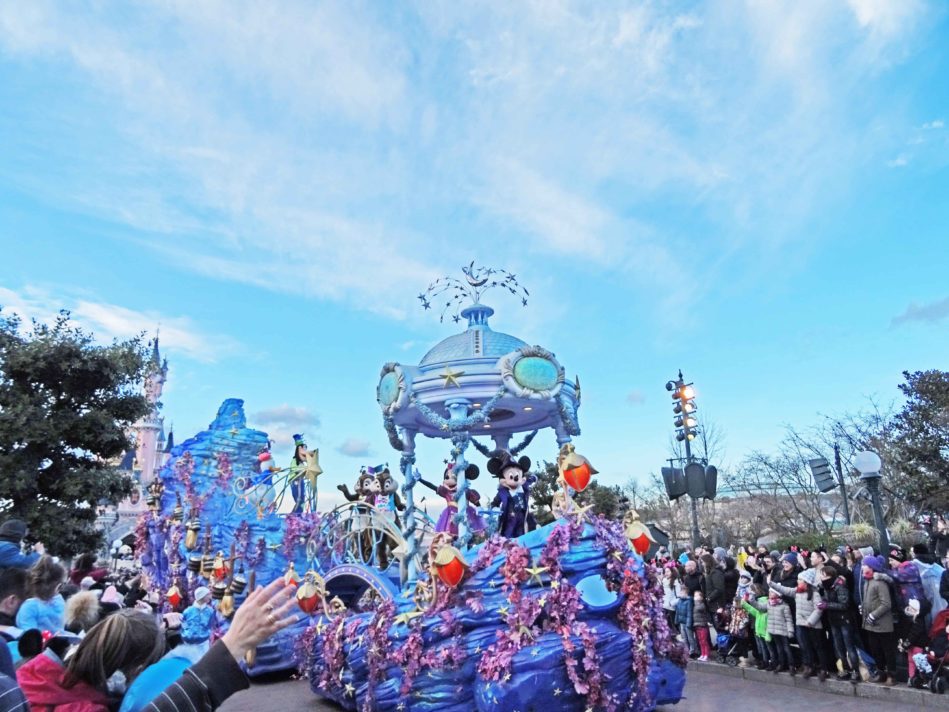 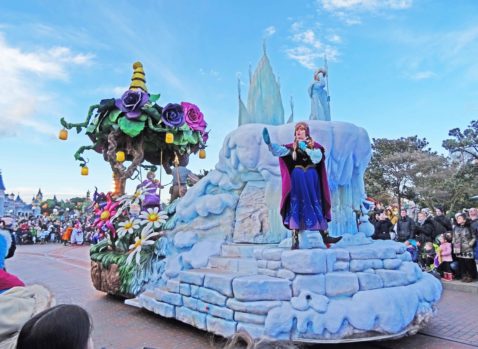 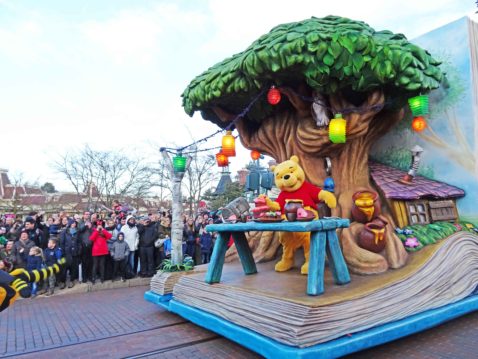 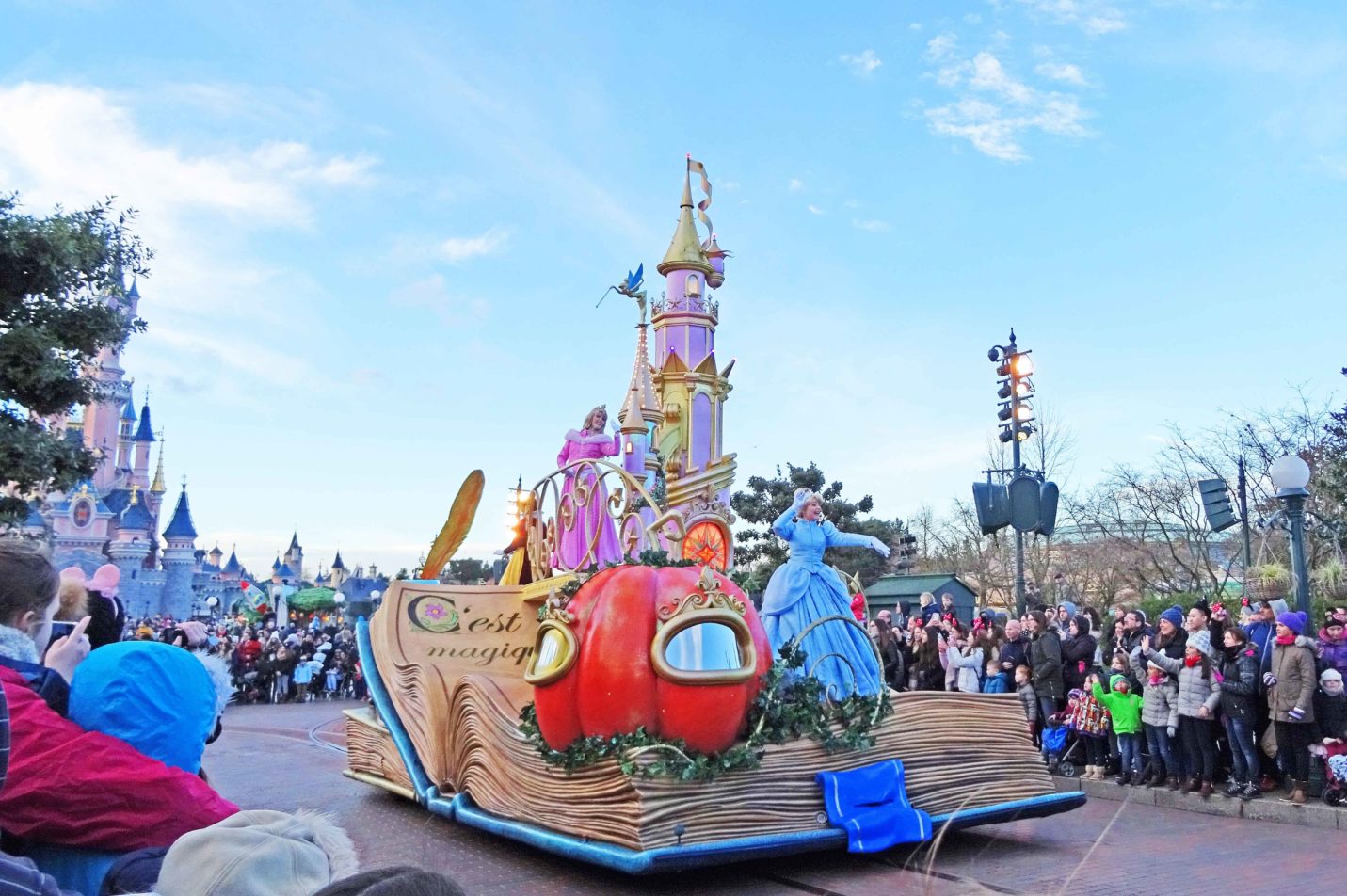 Our trip to Disneyland

After comparing some offers, I quickly realized that it is best to book directly with Disneyland Paris on the homepage. This if you want to travel from Switzerland with the TGV and want to spend a few days there and to stay in a hotel of Disneyland itself. The accommodation directly at the Disney Hotel brings you also a few advantages, you can for example. 2 h longer in the amusement park. With the TGV we went to Paris Gare de Lyon and have a 30 minute drive to the metro station Chassy. The Disneyland is next to the train station. For a small extra charge, you can drop off your suitcases at the train station and get your tickets if you travel to Disney. Then the suitcases are waiting for you in the evening at the hotel and you do not lose any time in the park. 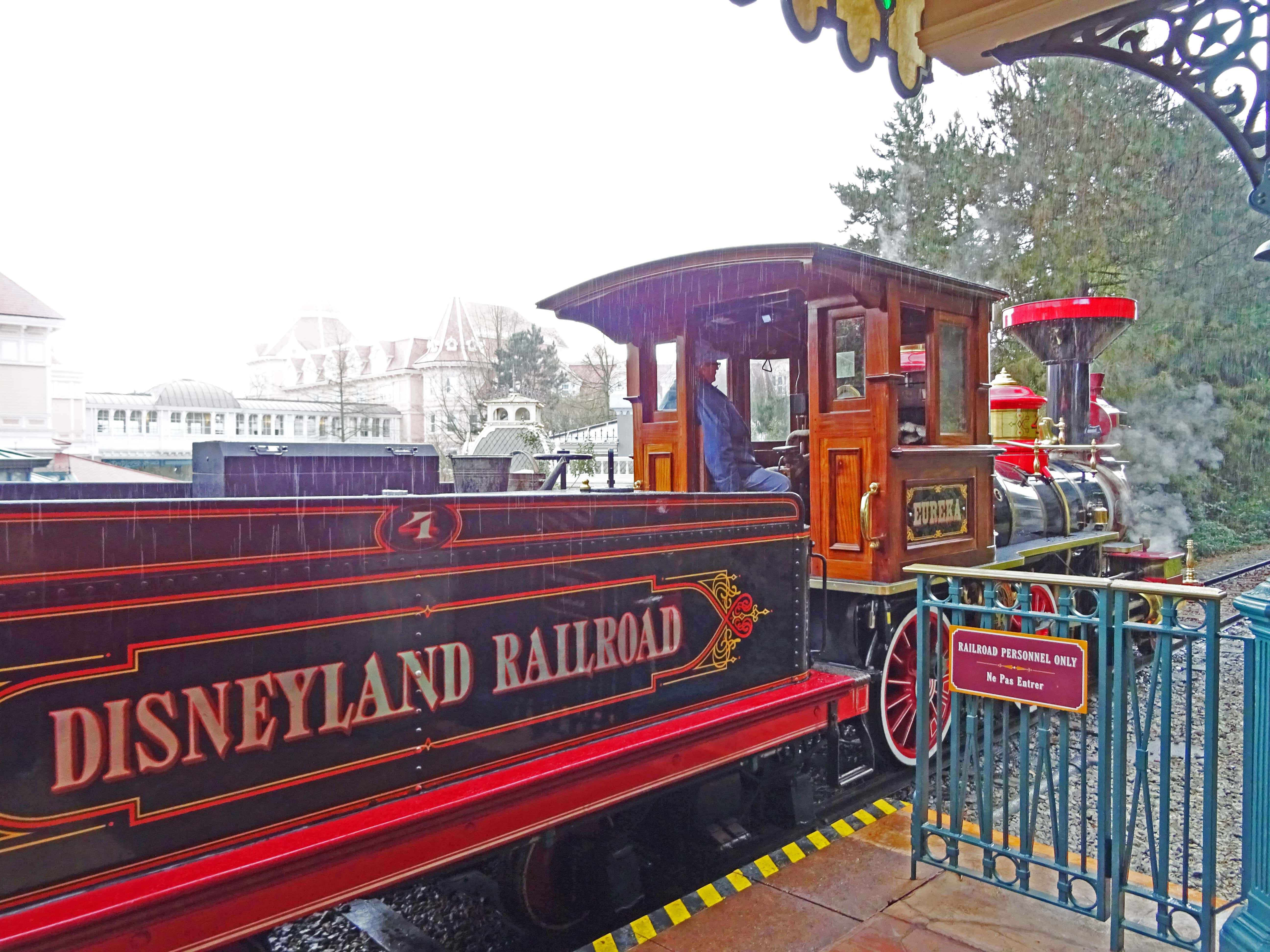 We’v chosed for our stay the Disney Hotel Newport Bay Club. A really nice 4 star hotel. It is very nice and designed with many details and also offers a swimming pool and a 24-hour fitness center. The staff is friendly, the rooms are clean and nicely designed. It is a huge hotel. The long corridors are all kept in a maritime style. Also the breakfast buffet convinced us, there is American Breakfast with Bacon & Eggs, Pancakes, classic rolls, croissants, cold buffet, cornflakes, sweet stuff and also the drinks like coffee, tea, cocoa and juice are included. The check in is super fast done and this also at 10pm. The check-out is even faster. We were three people and had two large beds in our room, so no small extra bed, I found this great. 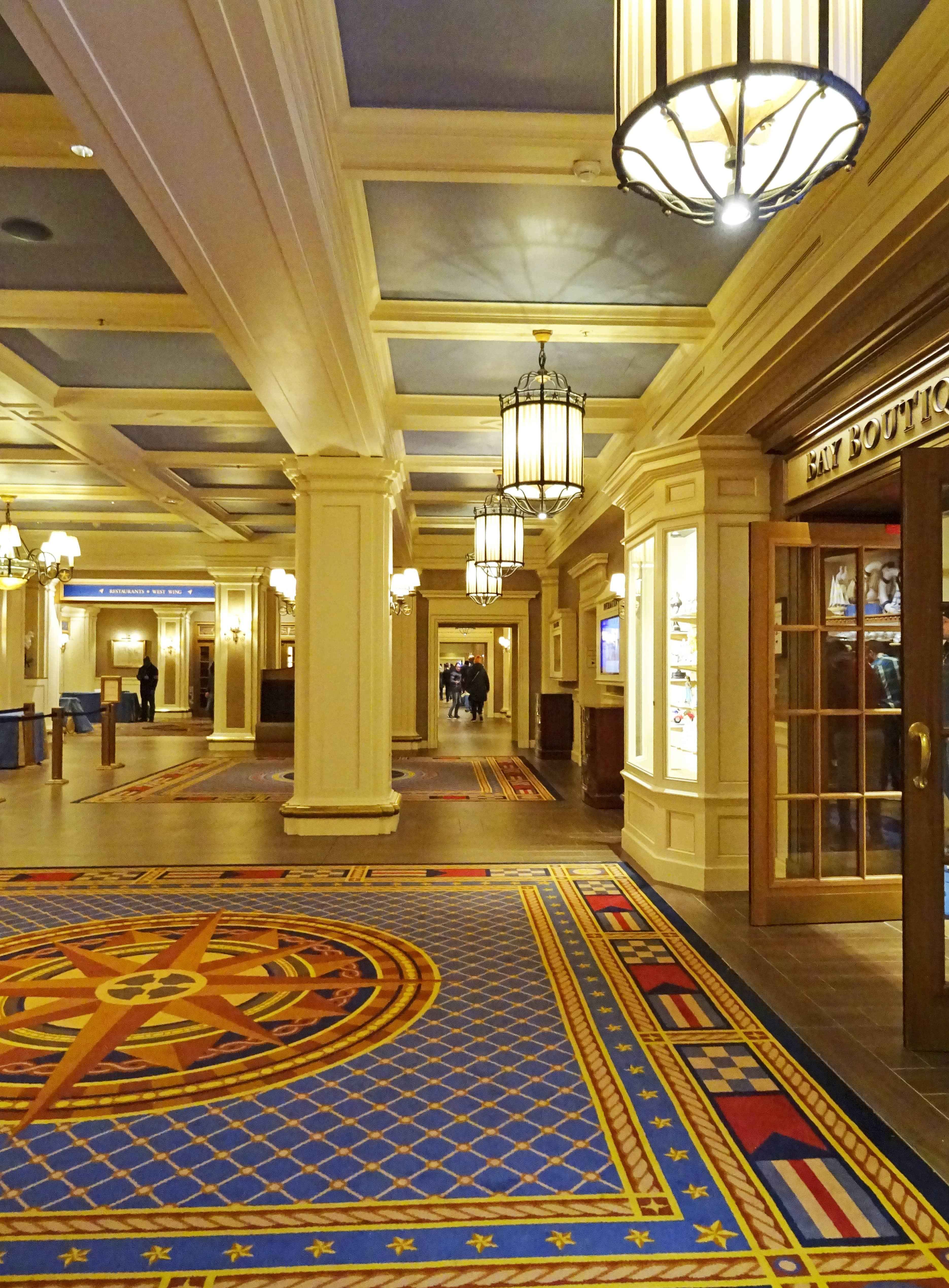 The shops and as well as the restaurants are quite expensive. Especially fast food in the park is super expensive and unfortunately not particularly delicious. This is really a criticism point, we have tried two different steak houses and a hot dog shop and we have been disappointed every time. The portions are large in the restaurants, but the menus cost over 30 euros and the meat was completely wrong. Also at the children’s menu the burger came almost raw to the table. So I recommend you buy drinking water bottles at the station and if you want to eat something quickly, the McDonalds at the Disney Village is the best opportunity to do so. In the McDonalds restaurants the prices are much lower and the food tastes like at home 😉 We have indeed bought this discounted food voucher as a so-called “half board”, but would probably not do this again. As mentioned, we have only tried two restaurants, there are numerous others that we have not tested. We do not recommend the steak houses. 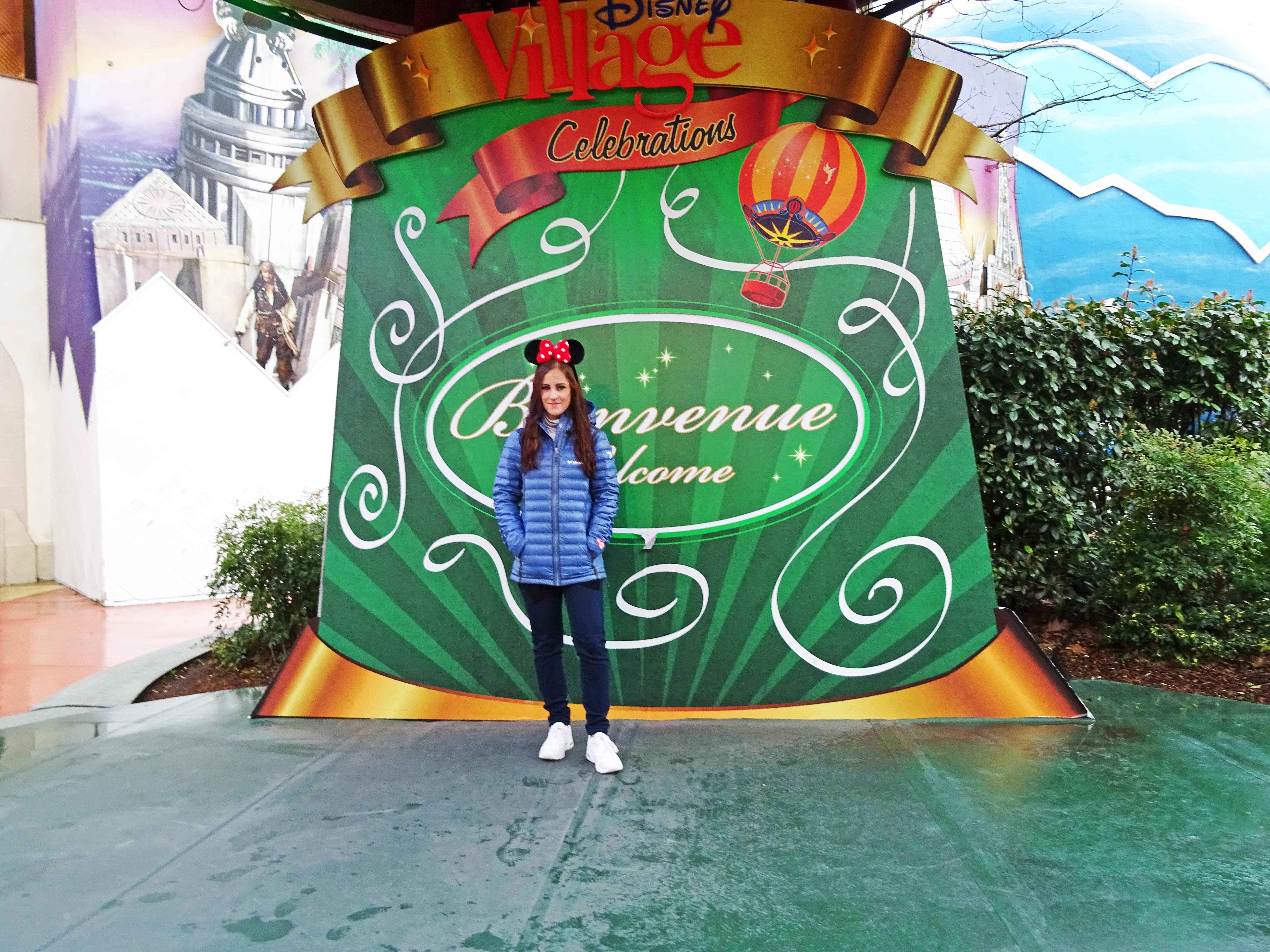 The Disneyland Paris holiday was really worthwhile for us, even if the weather of the season was not always the best, we had our fun in this dream world. The park is very nicely designed, the many employees keep it clean all day. The special attractions such as the evening show Disney Dreams and the Disney Magic on Parade should not be missed during a visit.

Have you ever been to a Disney Park? 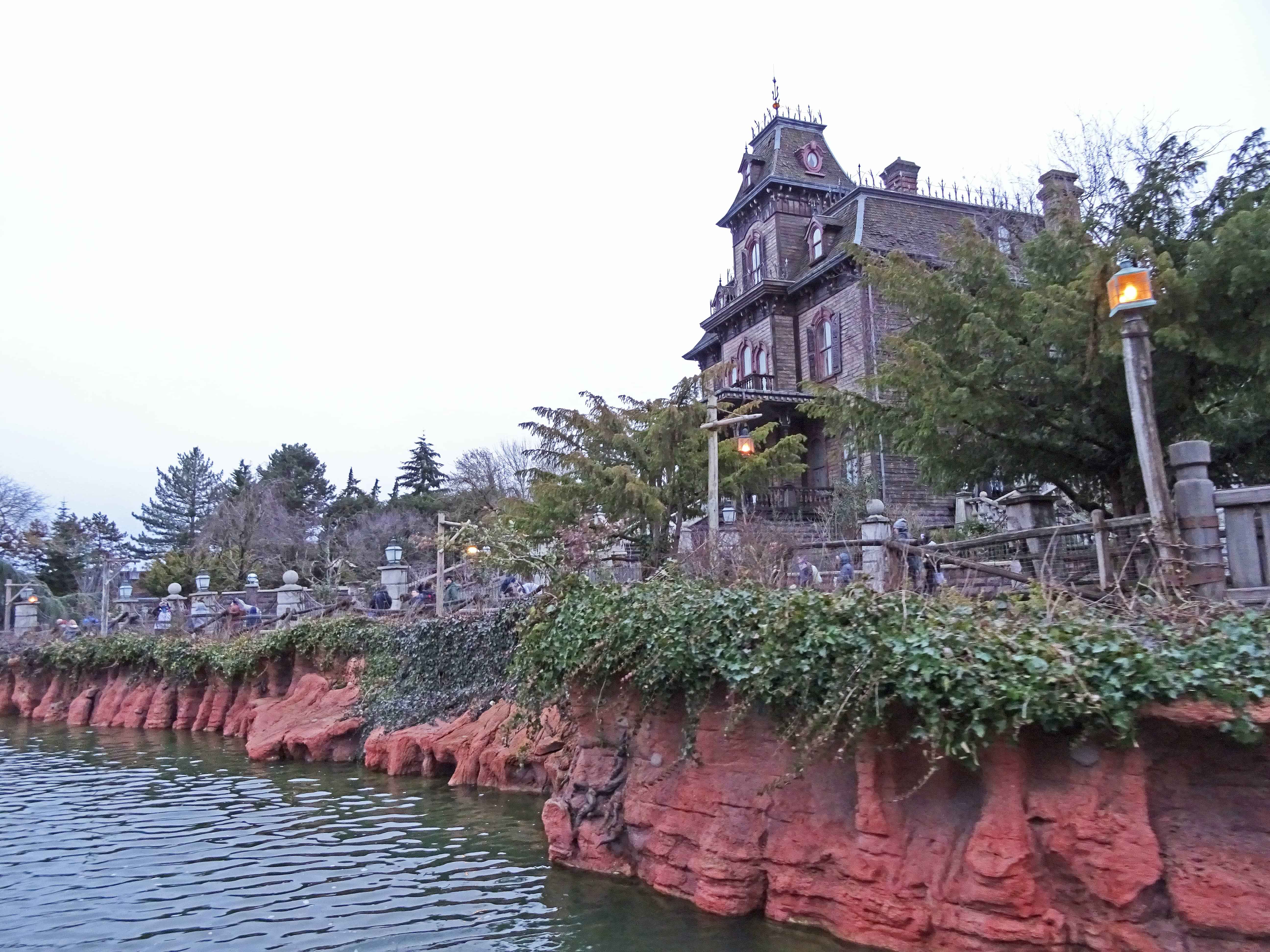 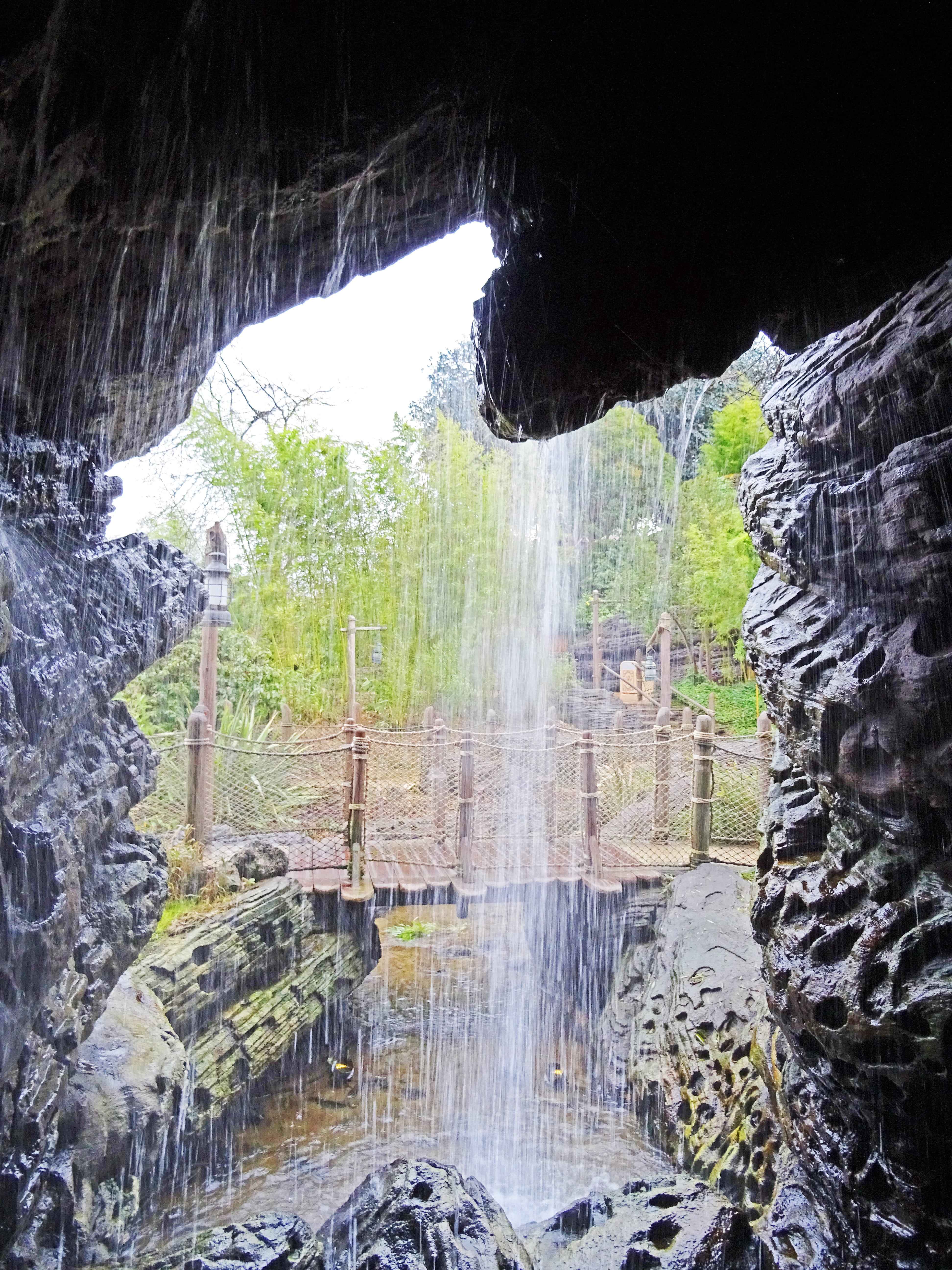 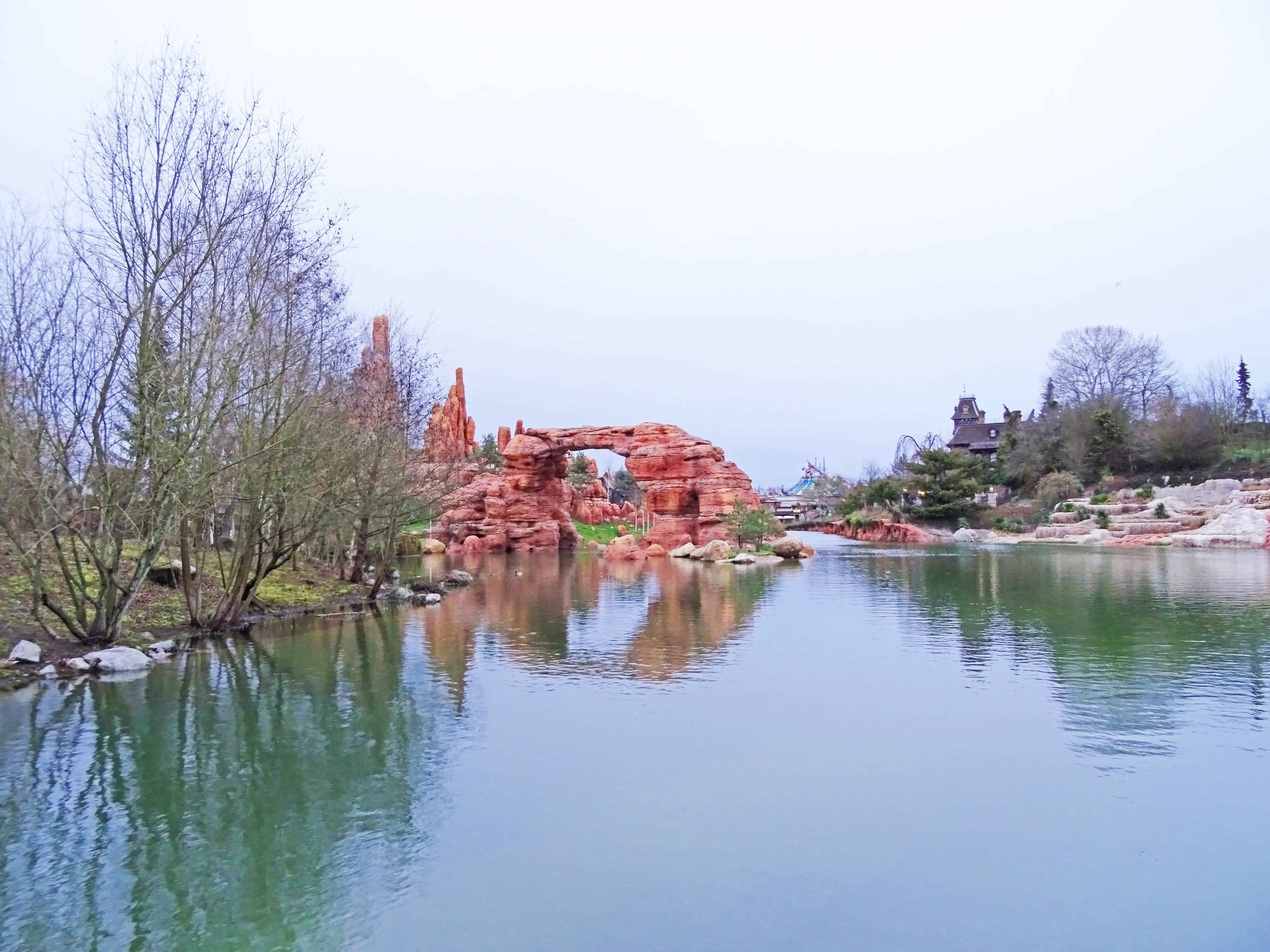