Who wouldn’t like to travel around the world and visit the most beautiful places in the world all the time. To show you a place today, there is a guest blogpost for the first time, because I unfortunately couldn’t renounce my everyday duties. A dream destiny, which, as I find, is not already on everyone’s lips. Have fun by reading this great travel report and thanks to Gabriel for the worthy representation.

Image: Majestic craterseen on Sao Miguel. According to the legend, the blue and green lake that came from the tears of two lovers.

A look at the world map is enough to say that this is certainly one of the more exotic destinations in europe. The Azores, 1400 km in the west of the Portuguese continent, are made up of 9 volcanic islands, which were created on the basis of the three continental plates. Exactly as exotic, our Azores highlights: dolphin swimming, whale-watching, volcanoes, grottoes, hot springs and everything on lush green islands surrounded by the depths of the Atlantic. Whether it was possible to get typical dishes and the islanders into an Azores “high” of the travel feelings, you will still have to find out in this detailed travel report. The trip to “European Hawaii” lasted about 4 hours. For a short time, even low-cost airlines have been flying to these islands. However, flights are recommended over Lisbon, as this can be tapped with TAP-Portugal. A far more comfortable variant than low-cost airlines. In the Azores itself you fly with SATA Air Açores.

Already in the approach one sees quickly what expected. The coasts of the Azores are lined with black lava rock, the basalt. The landscape contains a variation of agriculture, forests and hills, which rise towards the middle mostly to a volcano. Even in the cities one sees this material stylishly processed into the architecture. Slumbering beauties: Under these hills hidden in the depths of hot magma Autochthonous naturalness: The Azorean landscape does not have to be particularly hard to make a good figure.

And so the entire infrastructure in the Azores is very well maintained and immaculately clean, with a targeted interweaving of culture and landscape. It is never felt that any of the 240,000 Azorean inhabitants had invaded the surrounding area too much. This is how we learn about the reasons for this from our travel agency Amin Travel GmbH.

The inhabitants, who are rather isolated, are very proud of their islands and nature. It would never bother someone in the mind. People with a clear love for their homeland can be seen on the flickering streets, for example in the two next recordings on Terceira. The mostly white houses shine in color and form, the paths are tastefully paved. But this is not enough, because the capital of the Azores is also ecologically consciously protected. Natural conservation is a major priority for wind farms and geothermal energy, and by 2018 75 percent of all islands are to be supplied with renewable energy. The apparent prosperity is not of a peculiar economic nature, but mainly a product of the distributed EU funds. For a monthly minimum of around 500 euros, most people in the Azores are without existential problems, but are not really financially free. With 250 euros for rent and 150 euros for fuel costs, travelers can, as so often, picture their privilege. A flight to the Portuguese mainland is therefore still more popular for most islanders than a first visit to the neighboring island, let alone all nine islands visited.

Through these social and economic conditions one can also be sensitized to the intricacies of this insell. Today, 95% of the catholic population is from the foundation of the Azores in 1431, strongly rooted in your religion, with the younger generation becoming less and less involved in traditional matters. Due to the limited financial possibilities, at least from our point of view, life in the family and a general gathering, similar to, for example, in Italy, seems to be a very high priority. In addition to the most important, religious festivals, many of the Azores’ inhabitants are spontaneously and intentionally invited for many celebrations. And these certainly do not go squeamish. Open and interested in people going on a feast, it is certainly not boring for solo traveler. Because of the very important tourism, English is spoken everywhere. Mainland people would like to use English sometimes due to the socio-geographic diversity a variety of dialects emerged, which are rather difficult to understand.

The climate in the Azores can also be as diverse as it is. Weather shifts, especially in the inside of the country, can go as fast as they come. The weather in the Azores was, during our visit in late September, constant sunny with no rain showers. So it is never really cold during the year, with temperatures of 15-25 degrees celsius. The warm Gulf Stream attracts a considerable variety of fish and marine mammals, which is why the Azores are also popular with divers. Sperm whales feel so comfortable here with their young ones that they are indigenous all year round. With a 2% risk no whales can be seen, a good whale watching is almost nothing in the way. Besides whales, there is also a simple thing to see dolphin here. Who would like to be able to swim in the open sea with the graceful and doubly intelligent animals. With good luck, as was the case with us, the animals even swim towards the boat. An unforgettable experience! The fact that hikers and nature lovers would have to come to their own expense should be clear to everyone here. The beautiful location of most of the accommodation and the empty beaches from September make the Azores a suitable destination for bathing and relaxing holidays. So the Atlantic during our trip with Amin Travel, in September, was pleasant 24 degrees warm. Whether as a surfer backpacker or shopping luxury, the Azores offer more than it seems at first, due to the very wide range of tourism.

In addition to the inconspicuous but surprisingly tasty and affordable restaurants, the competent insiders of Amin Travel also showed us the more refined gastronomy. The Azorean cuisine convinced with always fresh ingredients and perfect cooking times of all the treasures of the sea and land. We leave here the best to speak the pictures for itself, we do not want finally that someone is too hungry from the article. 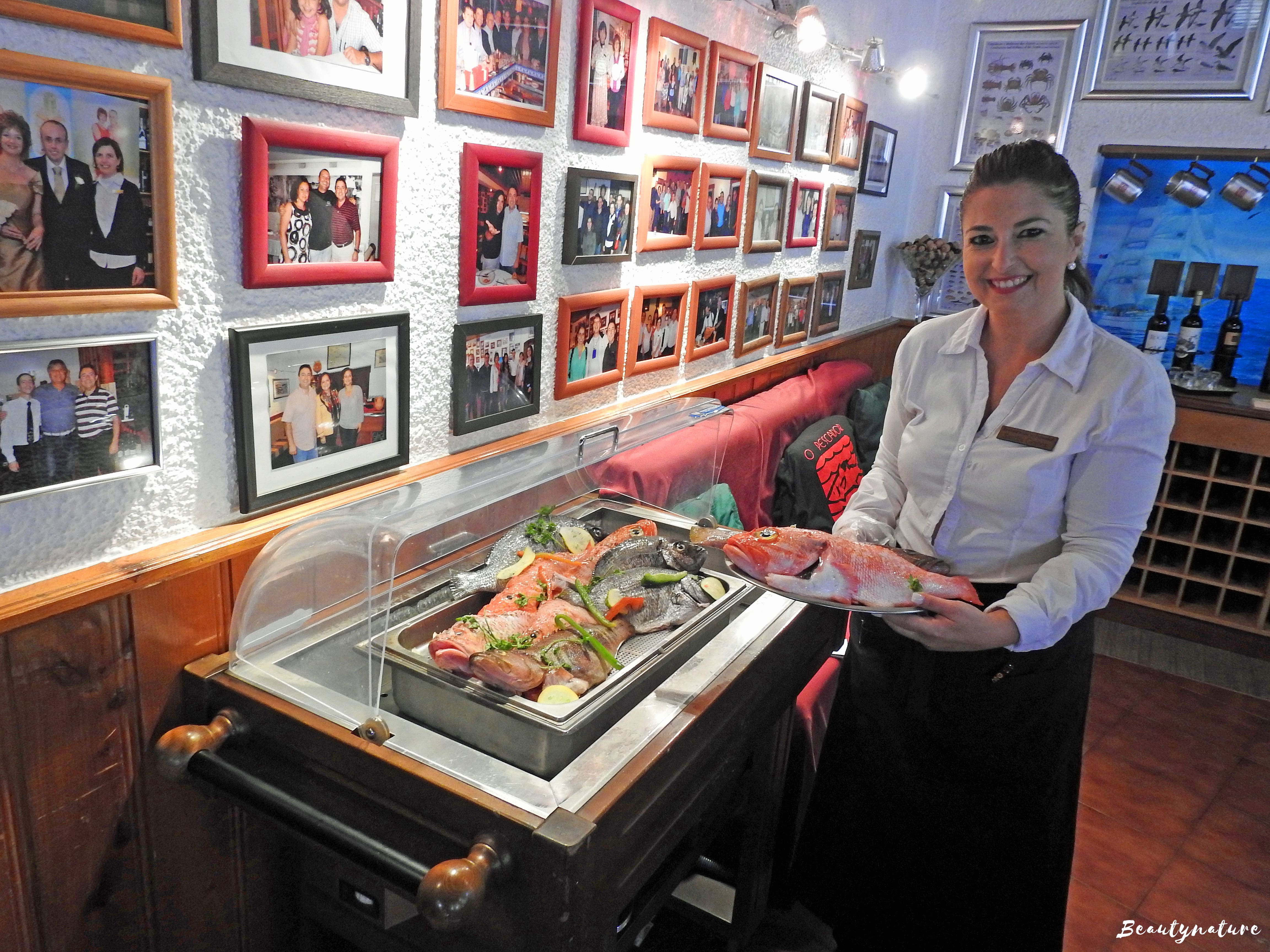 What’s this? Barnacles or as it is much more beautiful in Portuguese means: Cracas. The taste reminds strongly of crawfish and is also a delicacy accordingly

Also here in the Azores was steamy perfected. This noble stew comes to the table directly after 6 hours cooking time from the Fumerolen. And no, it does not taste like sulfur but very tasty! The constant view of the Atlantic and a seemingly untouched nature is, in combination with the exquisitely cultivated villages and towns, an experience that is unparalleled. So the Azores are also more and more known and due to the steadily widening offer more than just a short trip. If you would like to embark on a shorter trip, an expert travel advice, such as the Amin Travel GmbH, is urgently recommended so that all small and big treasures are not missed. This dream destination has and will develop into one of the top destinations in Europe over the next few years. My tip, visit the Azores better sooner than later!

Paradisically: Just behind the crater lake is, of course, something difficult to recognize, the Atlantic.