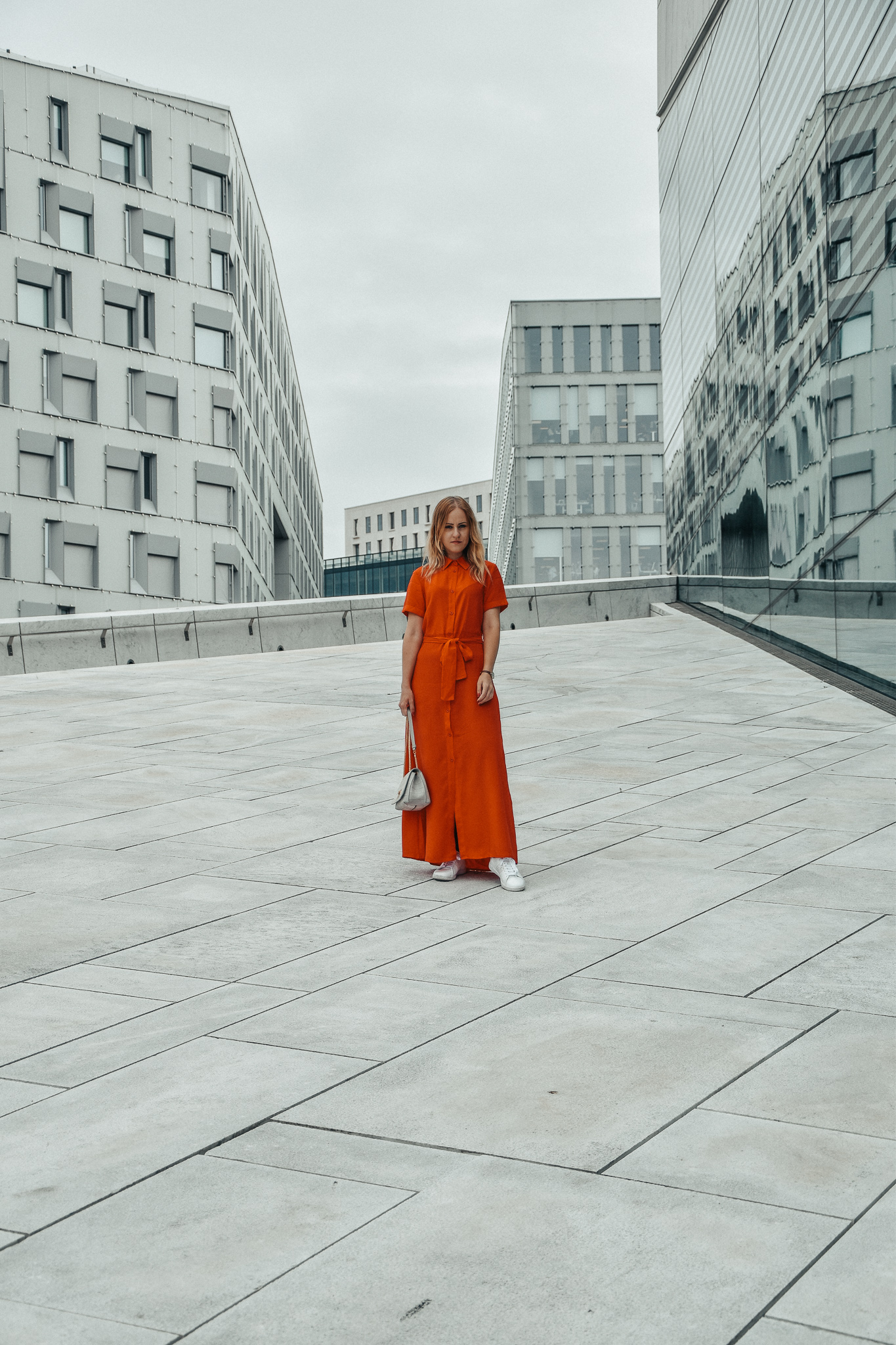 I want to visit Norway – this was my idea when we planned our road trip to Scandinavia. So we drove from Stockholm directly to Oslo. Admittedly, I had not heard much about Oslo so far, so I was all the more excited about discovering the city. Today I want to tell you about our highlights and show you my must-visit spots. Of course I will  also share the Most-Instagrammable Places in Oslo. 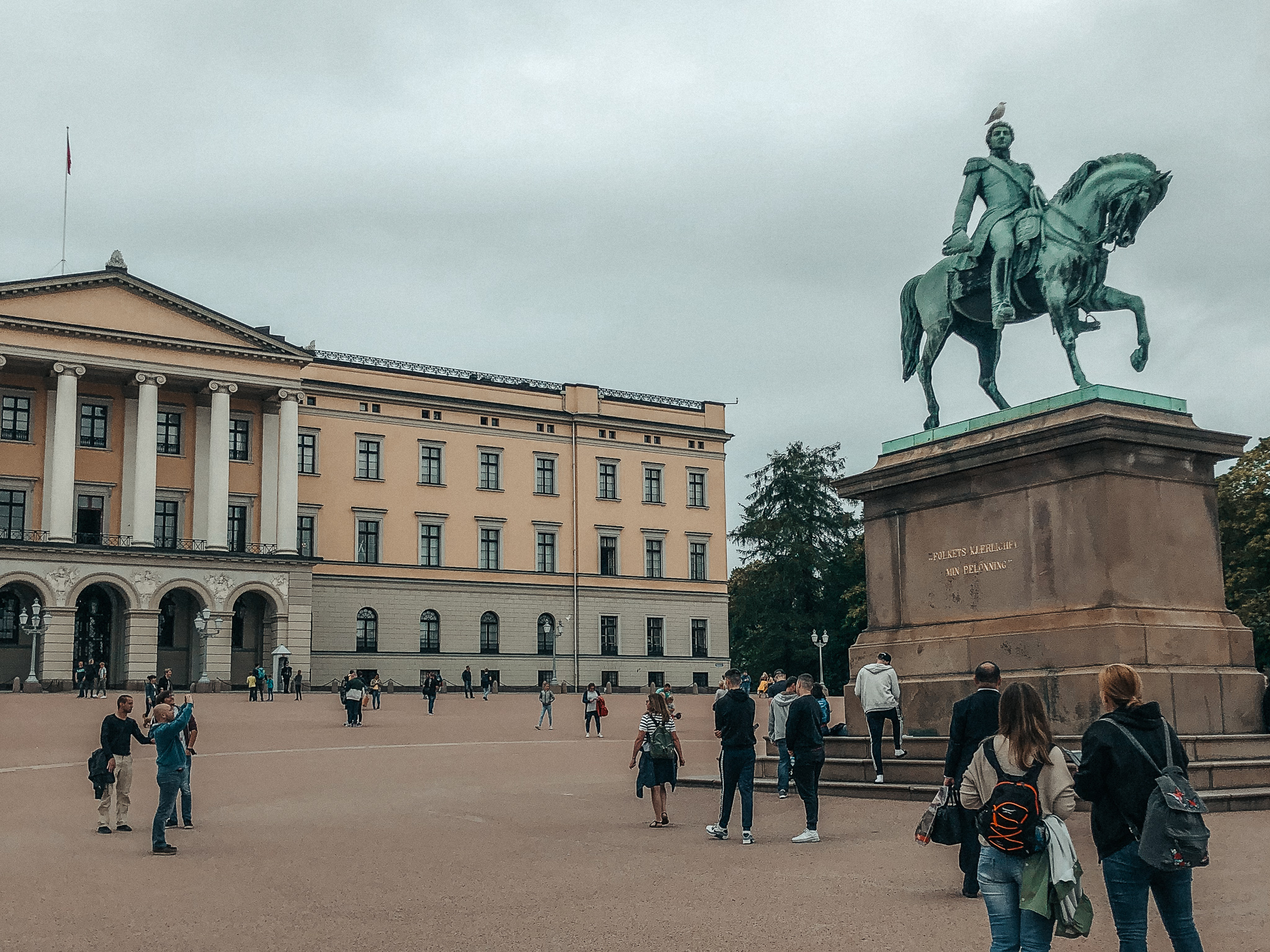 Norway’s capital, Oslo, is located on a fjord surrounded by wooded mountains. Due to the many parks Oslo is also called “The Green Capital”. The city center of Oslo is located around Karl Johans Gate Boulevard and the Royal Palace. Apart from the historic buildings, Oslo is a very modern, almost futuristic city with modern architecture. 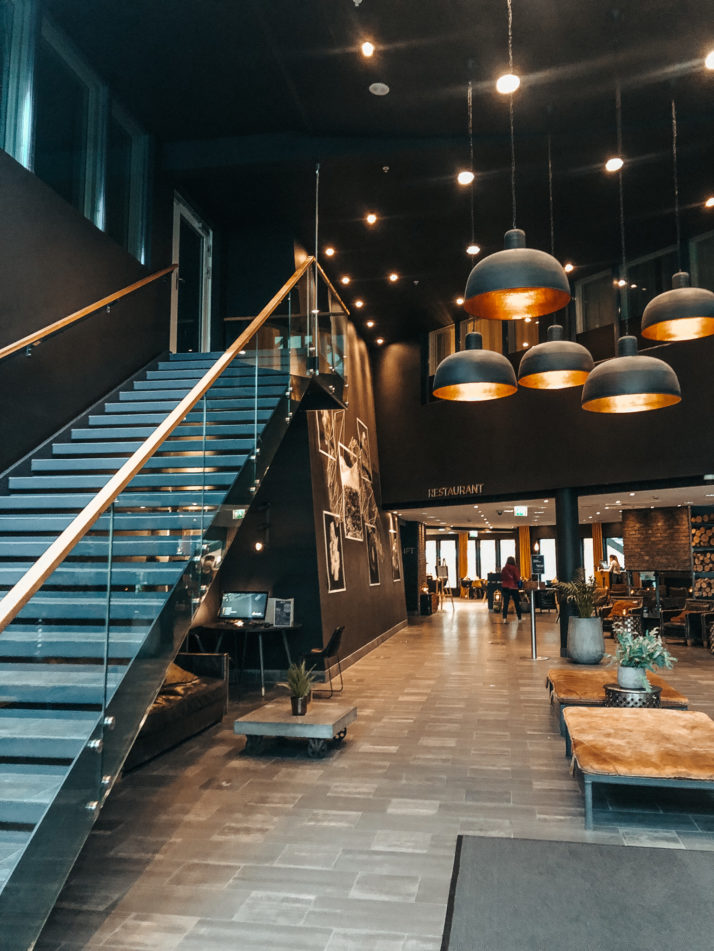 Towards evening we reached our hotel in Oslo, we checked in at Radisson Blue in Nydalen. The hotel rooms in Oslo are certainly more expensive than in Sweden, so it is not worth to stay right in the city center in my opinion. Our exploration started then the next morning. We took the subway to the city center and explored the city by foot. 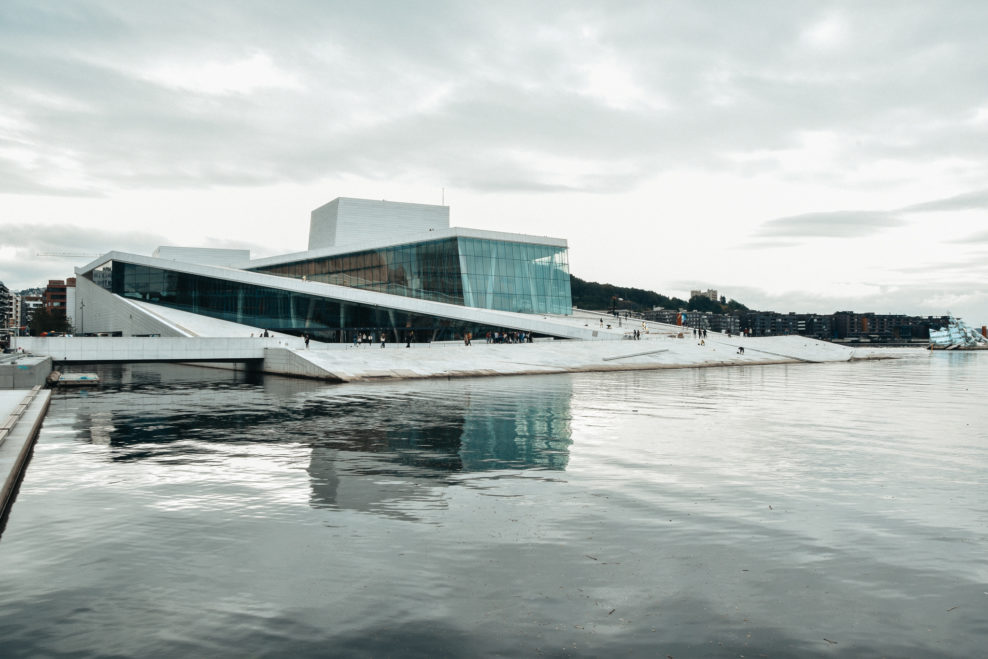 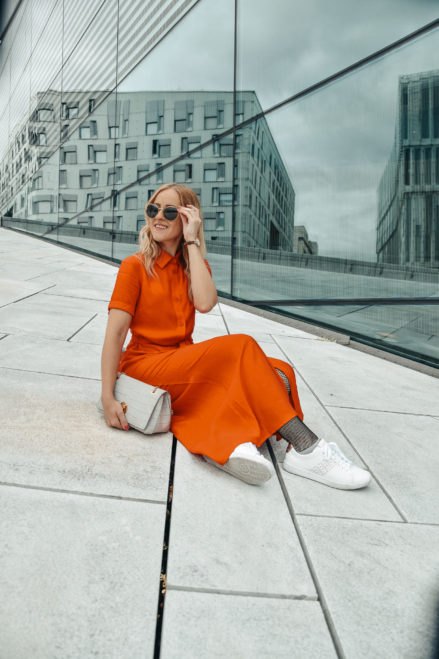 First, we visited the Oslo Opera, as much of this city is very futuristic and a symbol of modern architecture. In addition, it is located directly on the sea. The glass facades and the very own, futuristic architecture make great photo opportunities. 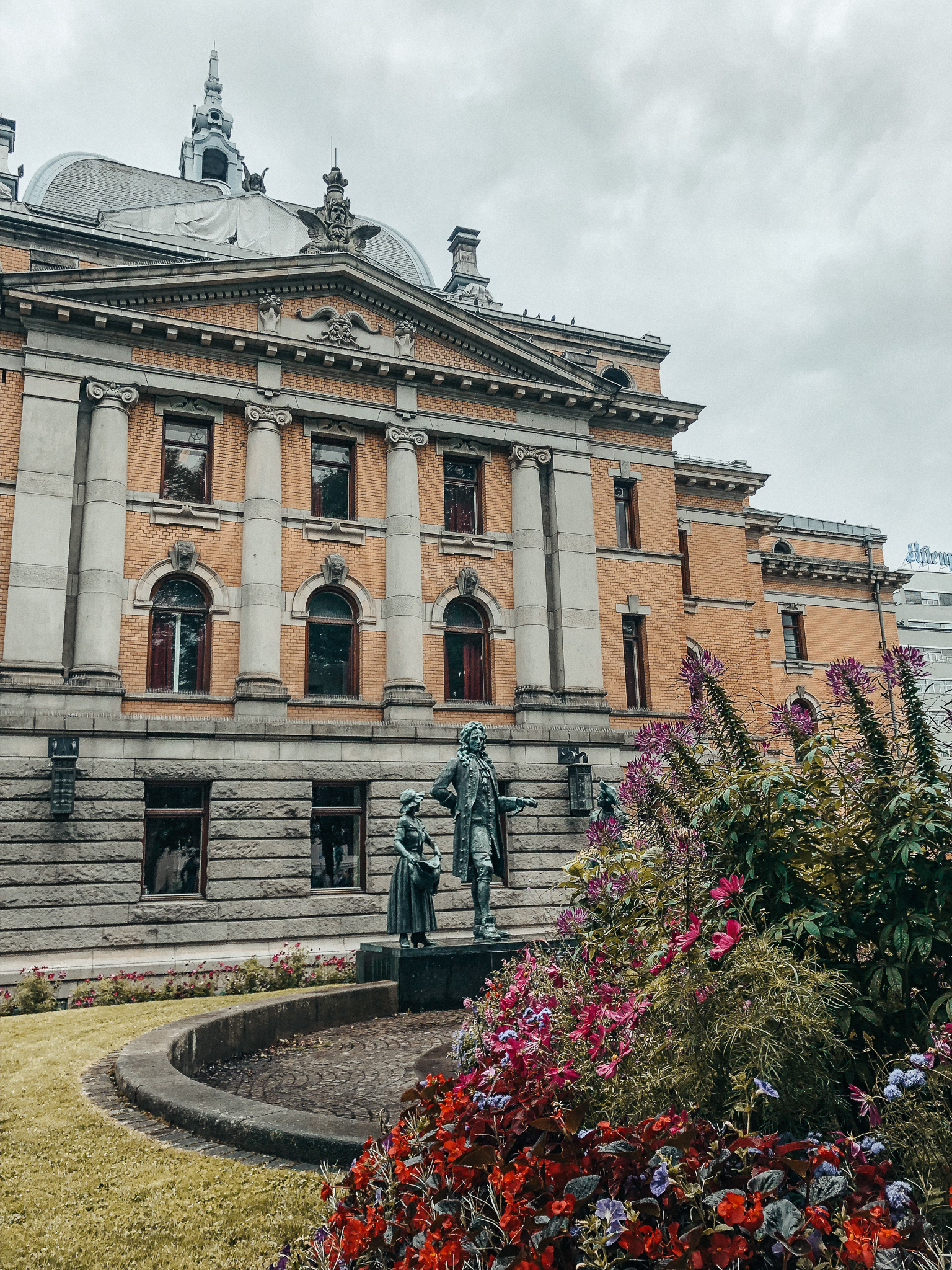 Of course, I had picked out some nice places in advance and included in our walking tour. You can discover Oslo in a day on foot. We visited some things, e.g. the old fortress Akershus, but also on the way one encounters again and again on historical buildings next to modern architecture. 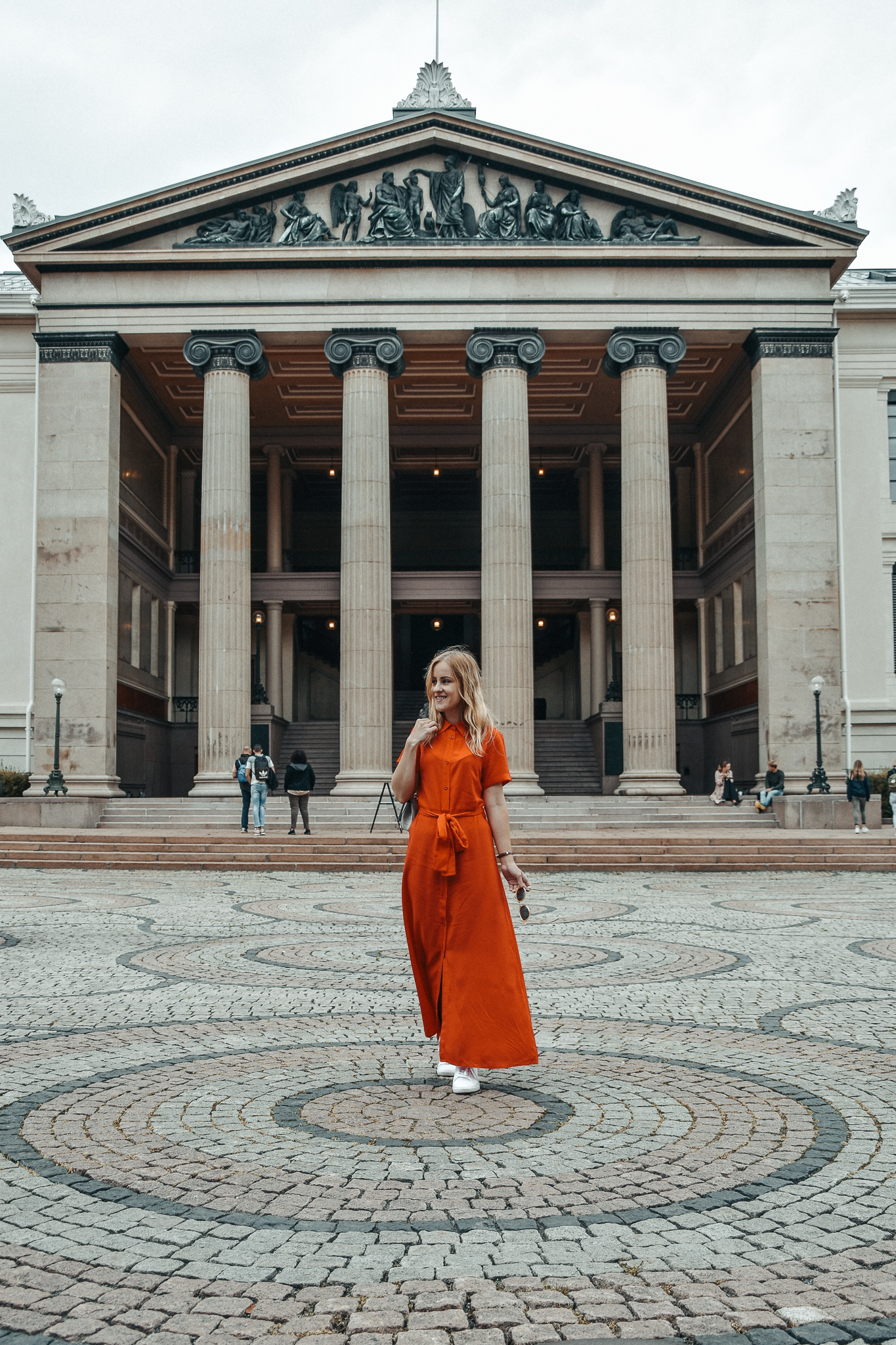 Very impressive buildings and therefore the perfect photo spots you will discover especially in the old town of Oslo on the way to the royal castle, which is located at the top of the street and there is also a park. 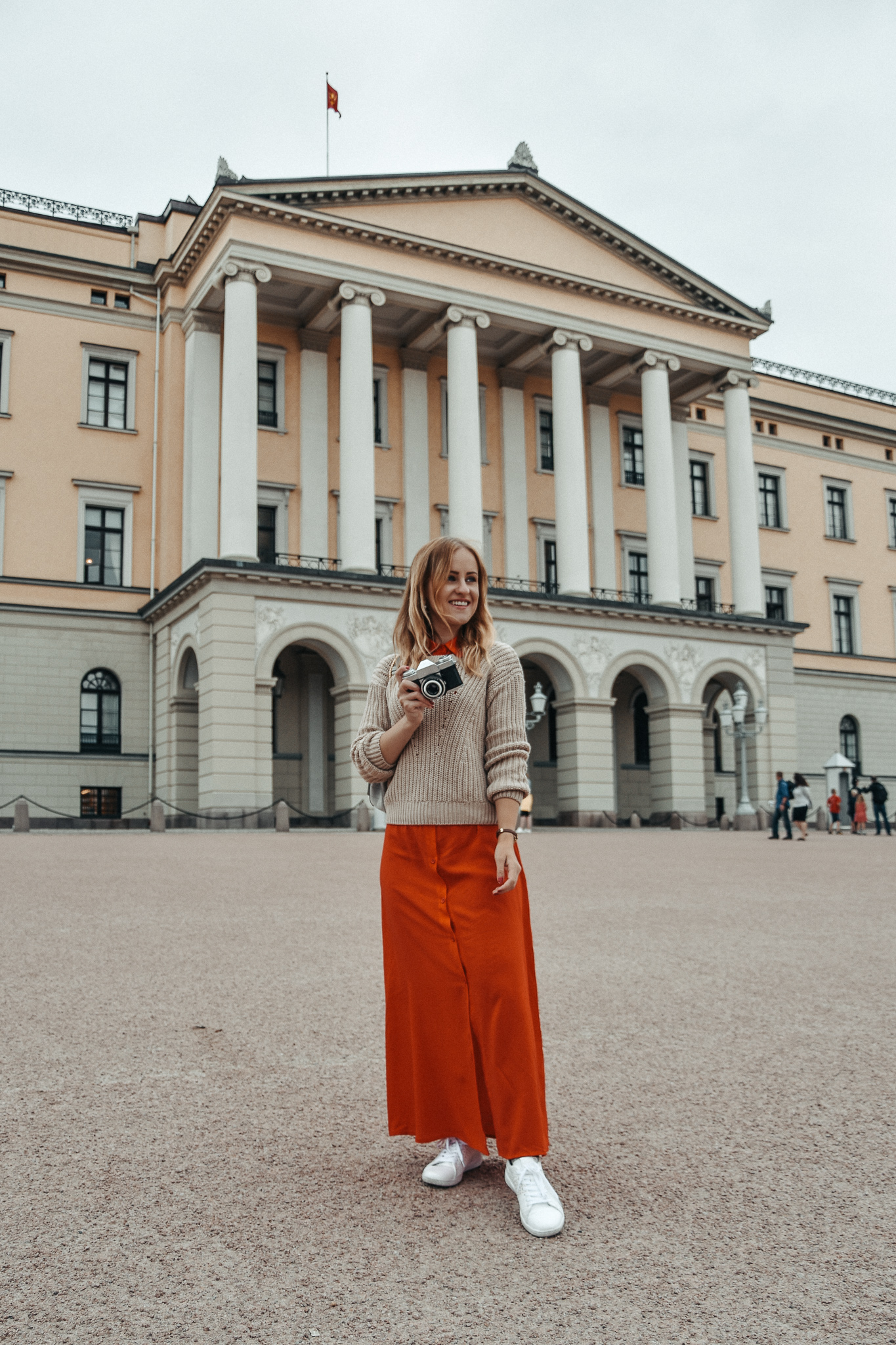 The Royal Palace of Oslo is located at the end of Karl Johan Gate and is worth a visit. It was opened in 1849. In summer there is also a one-hour guided tour that you can book. In addition, the watch will be replaced at 13:30. Since we had not previously bought tickets and the queue was very long, we have waived the visit. The castle is also very impressive from the outside and of course also suitable as a photo location. 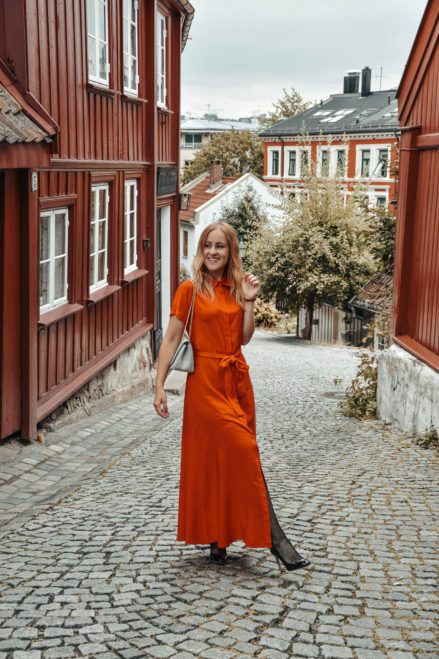 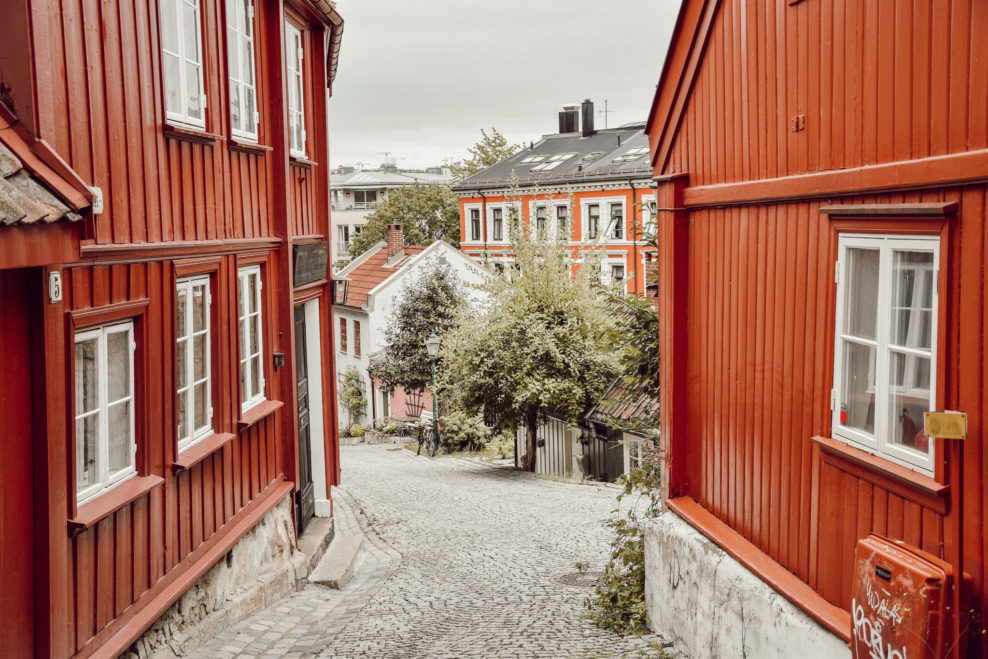 You can admire the traditional streetscape of Oslo in the Damstredet street. The wooden houses and huts were built between 1810 and 1850. In addition, a visit to the Damstredet can be planned wonderfully on the way to the Mathallen. 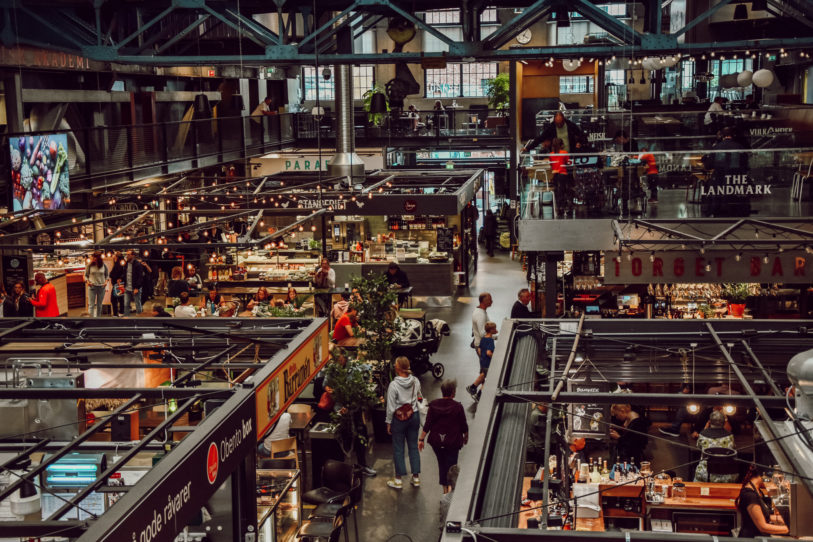 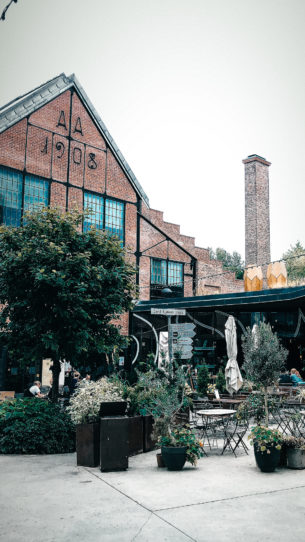 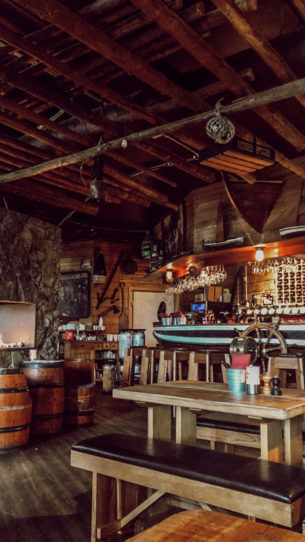 At least now we were hungry too, for lunchtime I have planned a visit to the Mathallen in Oslo. There are all sorts of delicacies to discover. Whether traditional dishes such as fish or dishes from around the world such as pizza, sushi and Co. Also, the sweet tooth among you will not be neglected. 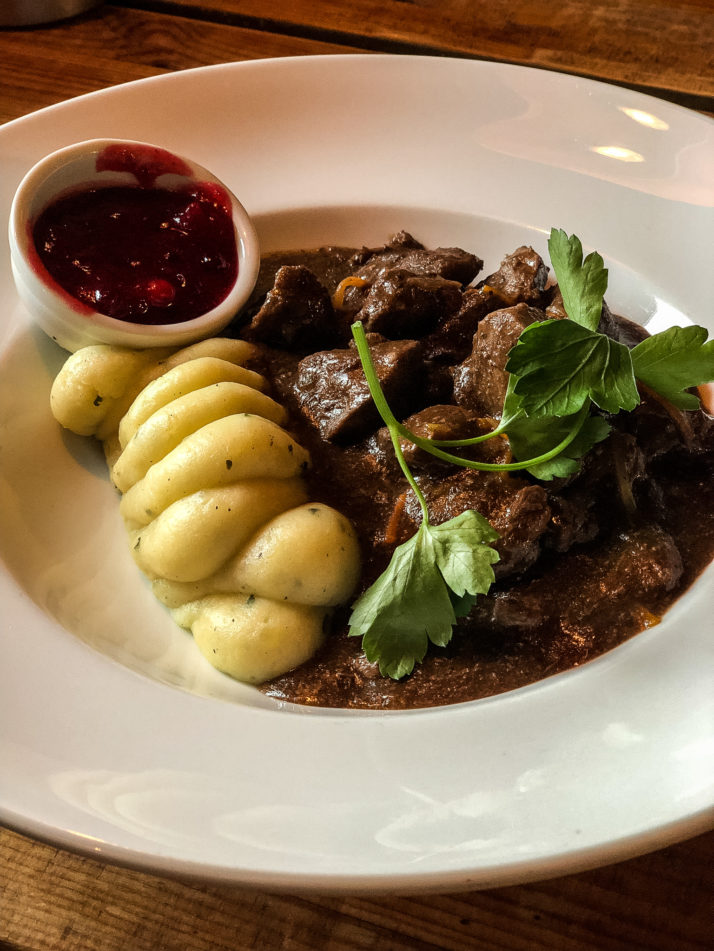 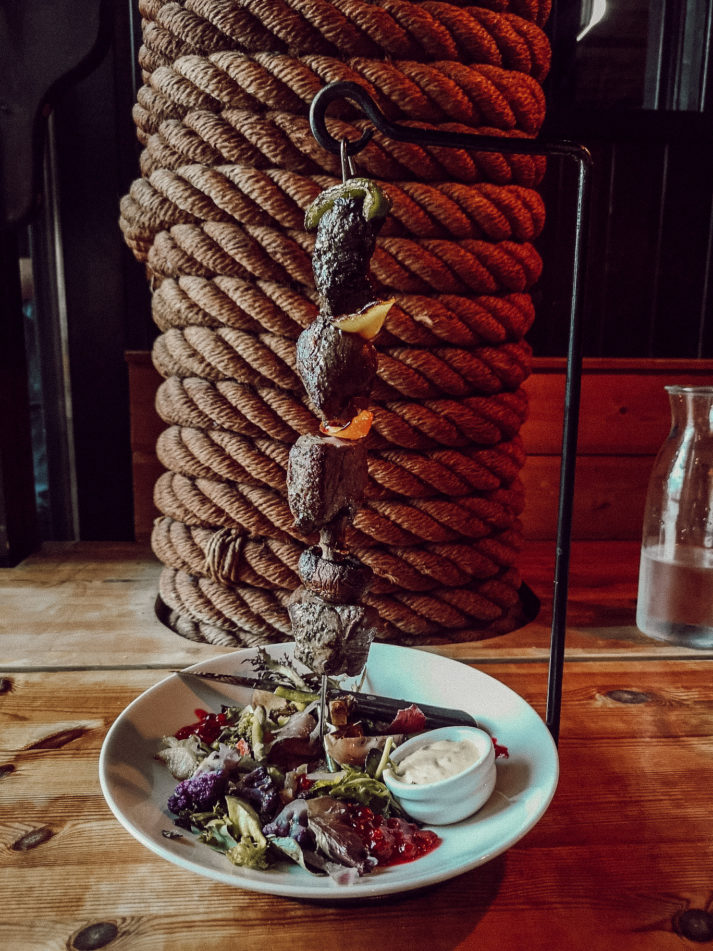 You would like to enjoy traditional dishes from Norway? Then you’re in the right place in the Rorbua restaurant, where you’ll find traditional wild stew with mashed potatoes and cranberries, as well as meat kebabs with exceptional meats like elk, reindeer or whale. For children it has its own small card with schnitzel and co. I recommend you to reserve a table in advance, because the restaurant is very well visited. It is a restaurant with several branches in Oslo, we visited those at the port Akerbyge.

I hope you liked my guide for 24 hours in Oslo and I wish you a lot of fun in this extraordinary city.