In the current stormy weather I thought, I’ll show you the pictures from Bella Italia. More specifically from Milano. Together with Cosentino I attended the Milan Designweek and of course, I did not let me take a stroll through the city. Anyone who loves architecture should really pay a visit to Milan. The buildings are at the same time imposing in their size as well as very detailed decorated. It is nearly not possible to think about how much work is behind these art buildings. Even the train station of Milan the Milano Centrale is a beautiful building. Exemplary for the architect Ulisse Stacchini formed ao. the Union Station in Washington D.C. The Milano Centrale was opened in 1931 and is still a central railway station in Italy. The Duomo must be visited in Milan at least once. There is a lot of activity on the forecourt. The Duomo di Santa Maria Nascente is the third-largest church building in the world, preserved in gothic style. From a historical point of view, the façade of the cathedral has always been rebuilt and renewed, until it finally succeeds in its present appearance. Right next to the Duomo on Piazza del Duomo, is the Vittorio Emanuele II located, a wonderful shopping mall where famous labels have settled. For example Louis Vuitton or Prada as well as restaurants are accommodated in it. Likewise, an architectural opulence that seeks the same. Beautifully decorated with paintings, stuccoes and co. Here you can see Piazza del Duomo in its full splendor. Near the cathedral in a small side street I discovered this Gelateria. The ice tasted excellent and already at the viewing on the different ice creams I was convinced ^^ A little disadvantage, however, the ice in the Gelateria at the lake in my home city I don’t like anymore. 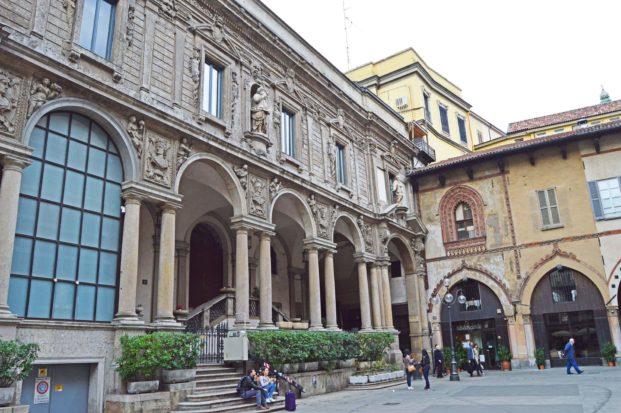 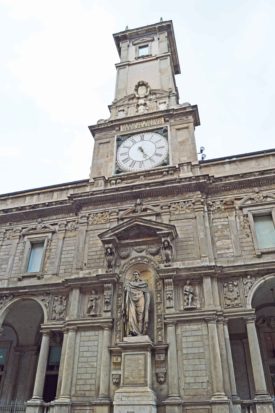 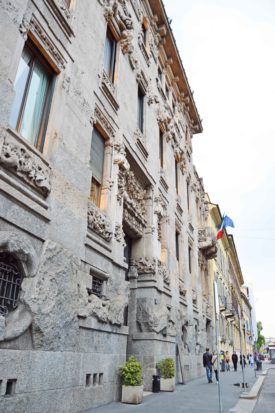 Here are some impressions of the monuments of Milan. For all shopping fans it is said, you can find all cool trendy labels and can enjoy the Italian flair.

Have you ever been to Milan?